UK government once wanted to use dolphins to hunt Nessie

The dolphins were to be fitted with cameras and strobe lights. Image Credit: US Navy
According to reports, Margaret Thatcher's government once planned to use trained dolphins to hunt the Loch Ness Monster.
The bizarre claim comes courtesy of resurfaced reports based on declassified documents first brought to light some 20 years ago.

According to the files, shortly after Thatcher had become Prime Minister in 1979, government ministers had been involved in a secretive plan to borrow trained bottlenose dolphins from the United States, fit them with high-tech equipment and then release them into the waters of the iconic Scottish loch in a bid to solve the Loch Ness Monster mystery once and for all.

The goal was to boost tourism by proving that the world-famous monster actually existed.

There were even plans to give the monster legal protection from poachers and bounty hunters should its existence be confirmed.Evidence that the government had sought a license to enact the plan was found in the form of a letter from Environment Department civil servant David Waymouth to Stewart Walker at the Scottish Home and Health Department.

"This department is presently considering the issue of a licence to import two bottle-nosed dolphins from America for the purpose of exploring Loch Ness," the letter stated.

"Inquiries have been made with the mammal experts on the Scientific Authority for Animals and their advice is that there are no conservation or welfare reasons for refusing a licence."

"Clearly, however, there are other factors, mainly political, that you might wish to consider before the licence is issued."

As history shows, however, the plan to use the dolphins never came to fruition.

Next story >>
Giant camels lived alongside humans up until 27,000 years ago
Recent comments on this story

The AC/DC members tried to catch Nessie once, why not the dolphins too?

It makes a certain amount of sense if you consider that the objective was to boost tourism. It doesn’t really matter whether Nessie is just a log or a swan, if there’s an indication that the government are investigating it using a then relatively new and cutting edge approach using American assets then you potentially give enough credibility to the legend to increase the tourist footfall.

#3 Posted by AlonaLameDeer 2 months ago 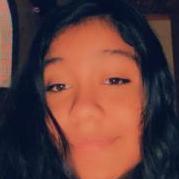 I'm pretty happy with the eDNA testing that's been done and found nothing interesting in the loch to be honest.