NASA launches its own investigation into UFOs

Now even NASA is getting in on the act. Image Credit: CC BY 2.0 Gerhard Uhlhorn
The US space agency has thrown its hat into the ring with a new effort to investigate unidentified arial phenomena.
In an announcement yesterday, NASA revealed that it had launched a nine-month study which will focus on analyzing existing astronomical data for anomalies that cannot be scientifically explained.

The details of anything it does find will be released to the public.

It is important to note, however, that the study - which has a limited budget of $100,000 - will only be laying the groundwork for a much larger investigation into UAPs in the future."The output from this particular study is not to sift through all the data and do all this research, it's to make a proposal for a research program that we can then implement based on the influence of principles that are there," said NASA's Thomas Zurbuchen.

The study will be headed up by David Spergel, president of the Simons Foundation.

"There is a great deal of stigma associated with UAP among our naval aviators and aviation community," he said.

"One of the things we tangentially hope to do as part of this study, simply by talking about it in the open, is to help to remove some of the stigma associated with it, and that will yield obviously, increased access to data, more reports, more sightings."

#1 Posted by Splendor Solis 6 months ago 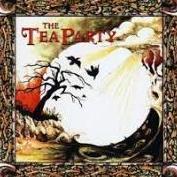 #2 Posted by Splendor Solis 6 months ago

You can bet one thing: If--or when this study results in anything that isn't extraterrestrial, no matter how reasonable the explanations are, people will shun their noses at it and cry

#3 Posted by Splendor Solis 6 months ago

You can bet one thing: If--or when this study results in anything that isn't extraterrestrial, no matter how reasonable the explanations are, people will shun their noses at it and cry

#4 Posted by Manwon Lender 6 months ago

Hello and welcome to the forum. I certainly agree with you most of the situations that occur are misidentification  anyway, in reality they planes and nothing else.

I think NASA have been researching UAPs for a long time already.

Reading between the lines it’s unlikely that this investigation will provide any conclusive answers either way. This investigation is expected to last 9 months and the initial focus appears to be to scour all existing data sources with the hope of establishing new ways of investigating the phenomena. However, NASA acknowledge that there is an issue with the quality of the data available and if there’s any better evidence being held by other branches of government it’s highly unlikely that they will be sharing. Nevertheless, I think that it’s still a positive step and hopefully over the longer ... [More]

#7 Posted by badeskov 6 months ago

They have indeed. Cheers, Badeskov

#8 Posted by badeskov 6 months ago

Indeed. The problem with UAPs is that they don't exactly show up in a predictable manner, so repeatable and independently verifiable data is extremely hard to obtain. Thus it makes sense to go through already obtained data to see if something is in there that could help, but that is really all this is. Cheers, Badeskov

#9 Posted by quiXilver 6 months ago

A 2-million-year-old ecosystem in Greenl...
Spirituality, Religion and Beliefs