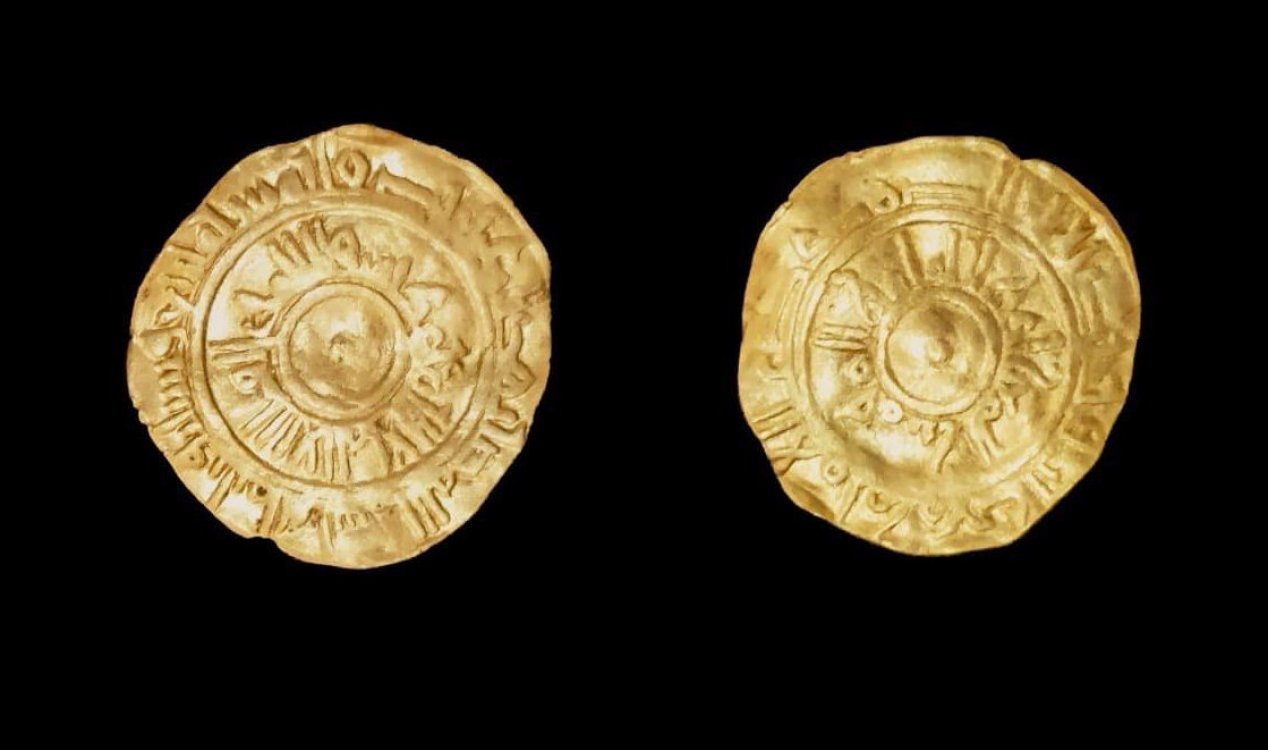 Some of the gold coins found at the site. Image Credit: Facebook / Ministry of Tourism and Antiquities
Egyptian archaeologists have announced the discovery of a significant amount of treasure in the city of Esna.
According to a press release by Egypt's Ministry of Tourism and Antiquities, work to excavate the site - which is located at the rear of a temple in Esna city on the banks of the Nile River - began last year.

The hoard consists of gold and silver coins from various times throughout the Islamic era - a period of approximately 600 years spanning from around 610 - 1258 A.D.

Among the treasures found at the site were 286 silver coins bearing the names of various kings from throughout this period, as well as foreign currencies dating to the time of King Levon II of Armenia.Bronze and brass artefacts dating back to the Ottoman era were also unearthed.

Dr. Mustafa Waziri, Secretary-General of the Council for Archeology, was keen to stress the importance of the discovery and indicated that there could be more still waiting to be found.

Efforts to search for additional treasures at the site remain ongoing.

Next story >>
We can find alien life within 25 years, claims astrophysicist
Recent comments on this story

#1 Posted by pallidin 7 days ago

It's mine, I left them there. Back, please.