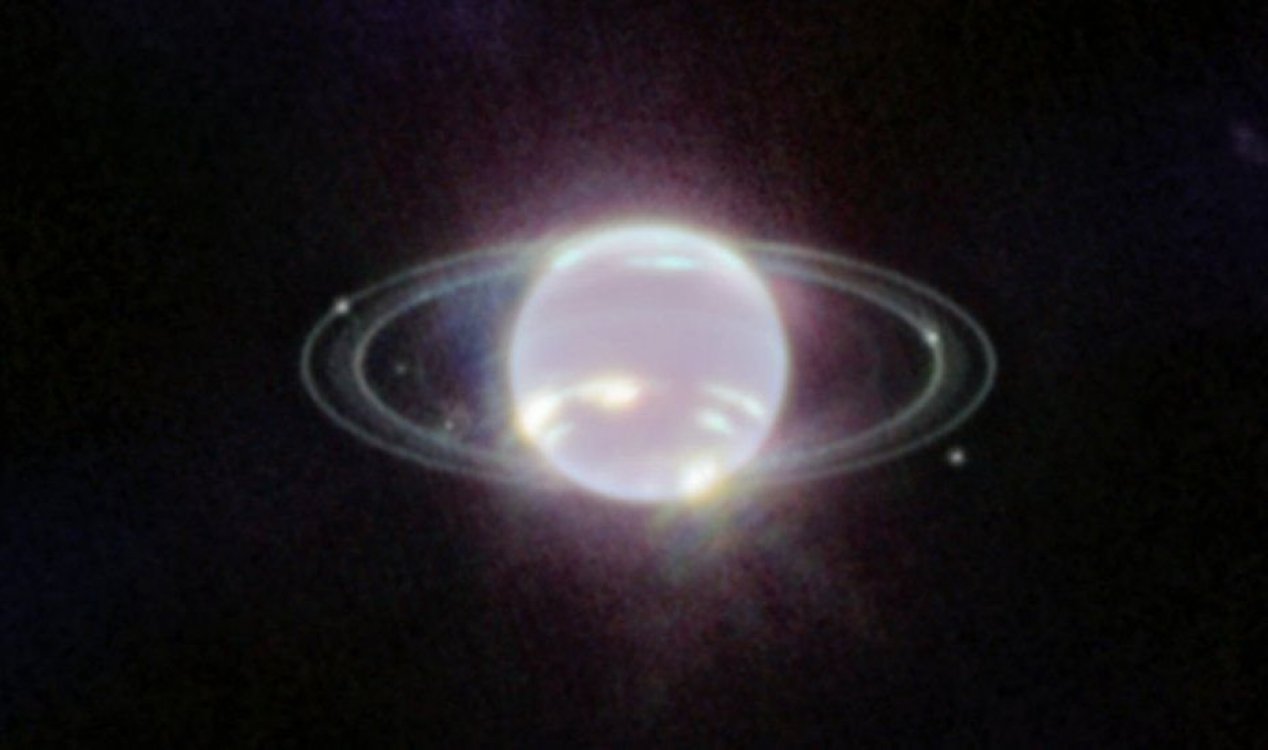 Neptune's rings haven't been seen since 1989. Image Credit: NASA / ESA / CSA / STSCI
The James Webb Space Telescope has captured a spectacular new image of Neptune and its rings.
When it comes to planets in our solar system with rings, most people will immediately think of Saturn - the iconic ringed gas giant with its swirling atmospheric cloud bands and army of small moons.

But there is another planet in our solar system with rings - Neptune.

Situated far out beyond the orbit of uranus, Neptune is the 8th (and most distant) planet from the Sun.

At 17 times the mass of the Earth, it is a lot larger than our own world and exhibits a distinctive blue color to the naked eye due to traces of methane in the outermost parts of its atmosphere.

Its ring system is a lot less apparent than that of Saturn, but it is there nonetheless. There are three main rings - each thought to be comprised of ice particles coated in silicates or carbon-based material.The last time anyone saw Neptune's rings was all the way back in 1989 when Voyager II flew past the gas giant, but now the James Webb Space Telescope has changed all that by taking a spectacular photograph of the planet and its rings using its near-infrared imager.

The rings are remarkably clear in the photograph while Neptune itself appears bright white.

"The rings are more reflective in the infrared," said ESA's Mark McCaughrean.

"So they're much easier to see."

Several of Neptune's moons can also be seen in the image

#1 Posted by pallidin 2 days ago

#2 Posted by qxcontinuum 1 day ago

Is this a raw photo or it is modified?

When they talk about relative sizes to the Earth I do wish they would add a graphic with the Earth overlaid so we could get a better idea. Stunning pic though.

It is an infrared image. Humans cannot see in the infrared. So, yes, it has been translated into something that we can discern.