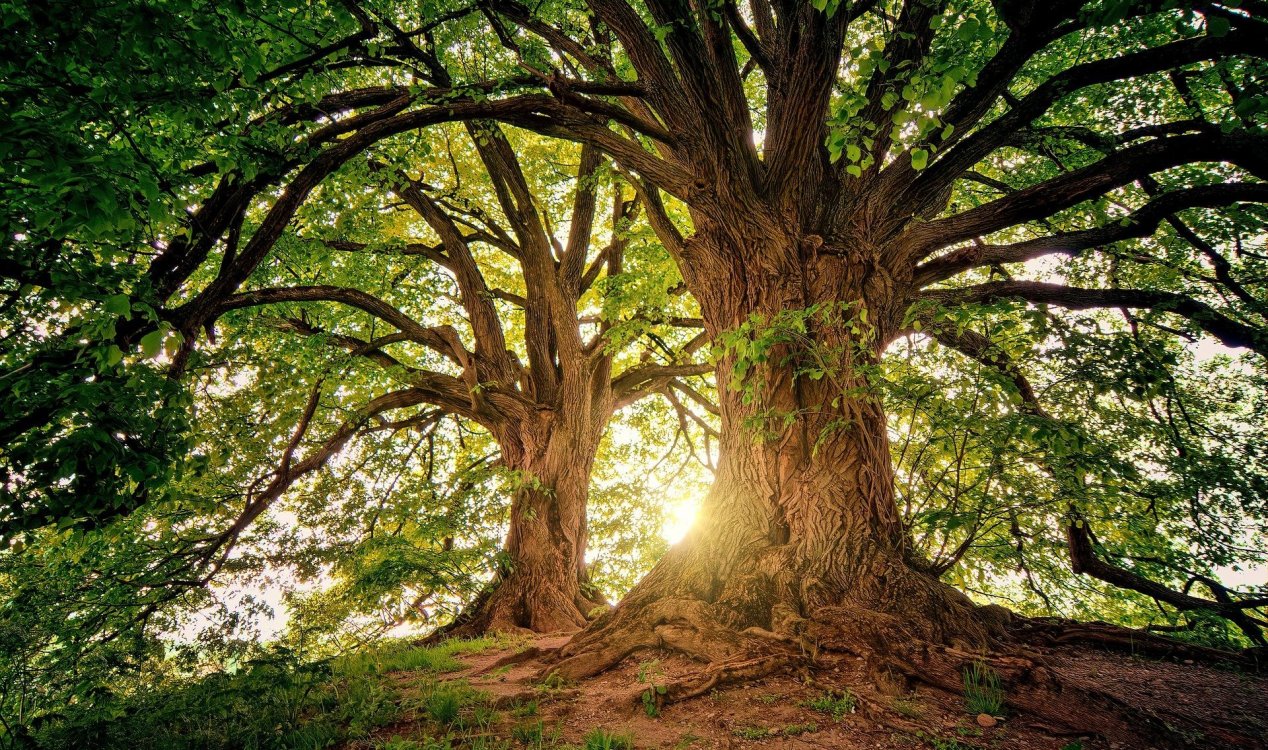 Who or what did the woman encounter ? Image Credit: jplenio / Pixabay
What started out as a relaxing woodland stroll soon turned into a terrifying ordeal for one woman from Meath, Ireland.
In legends and folklore, fairies usually tend to be depicted as mischievous but benign beings, yet there are also stories of encounters with these creatures that would seem to call this idea into serious doubt.

In this particular case, the woman, whose name has not been disclosed, took to social media recently to describe a terrifying ordeal she had recently experienced while walking on the Emerald Isle.

On this particular day she had decided to go for a stroll in a small area of well-frequented woodland when she passed through a fork in the road with identical trees on either side.

Despite the area being relatively small and a common route for locals, she found herself become completely lost in what seemed to be dense, remote and overgrown forest.

Retracing her steps to the crossroads, she took a different route but again ended up lost.

"I kept walking down a path towards a really overgrown area again," she wrote. "At that point then, I heard a really light woman's voice. I don't know how to describe it. It was really high.""She was shouting 'over here'. I thought she was probably calling to her kids or something. Then she laughed and it was just when she laughed, the hairs on the back of my neck stood up."

"I have a very professional job. I'm not crazy. I'm quite logical but then the call came from the other side of me. I knew something wasn't right."

Concerned for her wellbeing, she again returned to the crossroads and attempted a different route.

Almost immediately, things seemed to change back to normal - the birds had started singing and she became aware of other walkers nearby.

After returning home, she struggled to make sense of what she had experienced.

"I was scared when she laughed," she wrote. "When she laughed, I don't think I've words in the English language for it. I had never heard someone laugh like that."

"I knew something was really wrong. I just got this really bad feeling that things were not going to end well for me if I didn't do something."

#40 Posted by jethrofloyd 2 months ago

I believe it was a ghost of Freddie Mercury laughing.

Would you feel the same way if I claimed to have a leprechaun in my backyard?  Or maybe a triceratops?

#42 Posted by OverSword 2 months ago

I like the story.  I've had a couple of weird and hard to explain things happen to me and I wasn't there so I'll just take it at face value and assume that she is relating something she really experienced.  Was it fairies?  Was she somehow drawn into their realm and messed with by them?  That's the question that can't be answered even by her.  We can only choose  to believe what we want to believe or not.

Its not personal but just another story isnt proof and if a person wants to take that personally and call me a troll thats fine.

Are you taking what I said about some being trolls personally?

No, Not like that but sure if the shoe fits, a lot of true believers see me or any skeptic for that matter as a "troll" but no, the definition of a troll be it internet or mythical doesnt really fit me as much just calling be a cynical skeptic which admittedly doesnt have much jab. The late Stanton Friedman called people like me "noisy negativists" which sounds a bit whimpy but might work. i get it an excitable lady gets lost in the woods and someone behind a nearby bush is laughing at her so she thinks its a fairy.

Actually some do believe that leprechauns exist and triceratops arent extinct so pick your battles wisely.

#47 Posted by stereologist 2 months ago

Apparently triceratops are not extinct but hiding in @Mylesbackyard. It's a no-asteroid zone.

I don't think prior experience would be helpful to be honest. But it might indicate a great deal. If she thinks she usually hears mythical beings I think it's a given that she is prone to outrageous beliefs.

#49 Posted by DieChecker 2 months ago

I do know if the trees are big enough, and the canopy heavy enough, that sound echos weirdly in a old forest. Probably she just heard echos of the people she mentioned previously.

Click here to view all 49 comments on this story