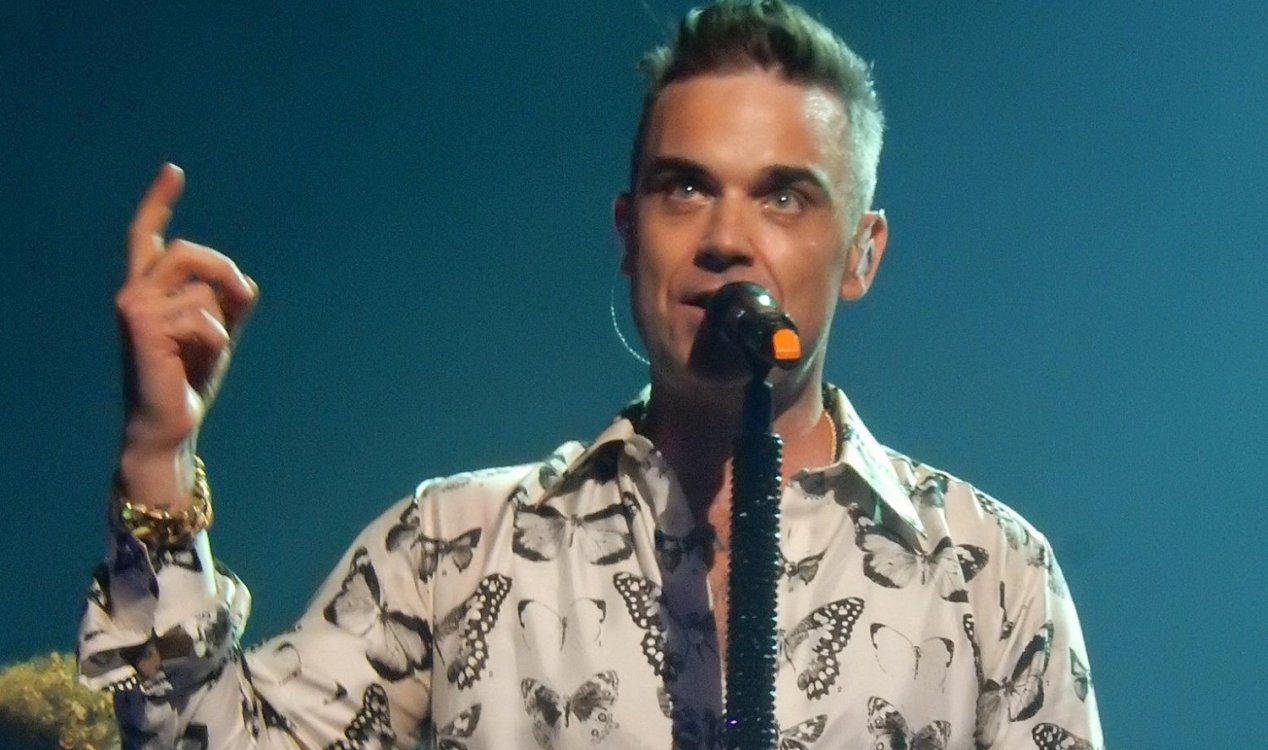 Robbie Williams during one of his live gigs. Image Credit: CC BY 2.0 Drew de F Fawkes
The pop star, who rose to fame as part of boy band 'Take That', has long held a keen interest in UFOs and the unexplained.
Speaking on the Shaun Attwood Podcast recently, Williams, whose interest in the UFO phenomenon needs little introduction, confessed that he had even considered giving up his career as a successful solo artist to pursue his passion for all things unexplained.

The only thing that stopped him was what he believed to be the inevitable "embarrassing and degrading" reaction of the press if he should have "come out as a tin foil hat sort of person".

Even so, this hasn't stopped him from pursuing the topic as a hobby over the last two decades.

Much of his interest in UFOs stems from a personal experience that occurred 17 years ago."My first proper experience goes back to the Beverly Hills Hotel," he recalled.

"I am with a young lady - it was over 17 years ago, because i've been with my wife for 17 years - and we were on two hotel loungers in my room in the garden looking up at the stars."

"Then all of a sudden silently over our heads what I can only describe as a square object. I would say probably the size of one and a half penalty boxes."

"It was matt black with Artexing underneath and then Hacienda style yellow and black stripes as if it was this workman's thing. It came in silently, I could have hit it with a tennis ball, and then it floated off. I was totally and utterly sober."

Surprisingly, Williams doesn't necessarily believe that UFOs are alien in origin, instead favoring a 'government black projects' explanation for the phenomenon.

Yet when people do share extraordinary tales mental illness, making it up, are actual proven explanations as are hoaxes or simply ignorant to what the person saw you know unknow to them but not paranormal. Paranormal has yet to be a proven explanation for anything. I have said in a few threads here that i thought the person was full of bull or mental and that was my opinion based on what the person said how they acted etc and i didnt go there until they forced me to think that way.

"Aye" Are you a pirate? i know a guy who says "yar" a lot he thinks hes a pirate. Anyway no rational person denies UFO by definition exist some are explained so no longer unidentified, others remain unexplained but not once has a UFO been explained ( and proven ) to be aliens. You can go to clickbait claptrap all you desire ill stick to accredited science.

#30 Posted by astrobeing 2 months ago

You'd think educate and denigrate is the same word around here. Whenever someone tries to explain to a poster that something they saw might have a non-alien explanation, they get insulted and yell that they're not crazy.

It depends on how you word it.   If you are honestly trying to educate and they respond with insults then don't bother, they don't want to learn anything, walk away.

#32 Posted by astrobeing 2 months ago

Should I walk away when they start giving me unsolicited advice?

It would make more sense, and I wouldn't be insulted, I give unsolicited advice all the time.

We lost one of the most educating knowledgeable members because no matter how he tried to educate it was taken as insult by the ignorant whose egos wouldnt allow them to accept they were wrong and or he was attacked for trying, so he got fed up and "walked away" its the forums loss not his. Lately youve been giving a lot of unsolicited advice on how people should post etc i believe you forget we are all different with different thoughts and opinions and this is an open discussion forum i dont go out of my way to insult but i also might not coddle as much as some desire.

It just seems like everyone keeps beating a dead horse, maybe that is what I am doing too.   There are a lot of interesting people on this forum and there are a lot of trolls and quite a few who want everyone to agree with everything they post.   Some of them get ugly, yet there are people responding over and over to the same tripe.   And any unsolicited advice I give is usually triggered from that.   I realize something I posted a while back you took personally, but it was just something you said triggered something for me (not what you said but the subject and all the back and forth).   I do... [More]

After a while you come off like a superior nagging just posting to scold i say that will no disrespect meant. We all beat dead horses on here my go to sections are slow so i pop into politics and you know i dont take any of that serious. I dont think we have too many full time trolls here but we have members who arent here to learn or share they want to try to make out their opinions are the only correct ones and thats fine until it gets stupid which it quickly does. I did just have a thread derailed in what i considered trolling to trigger and of course i was greated with the rubber glue rejo... [More]

#37 Posted by Gumball 2 months ago

Aye that's it, I think I'm a pirate.  Your scientific brain has once again cracked it.