Like Prince Harry, a quarter of Brits have consulted a psychic 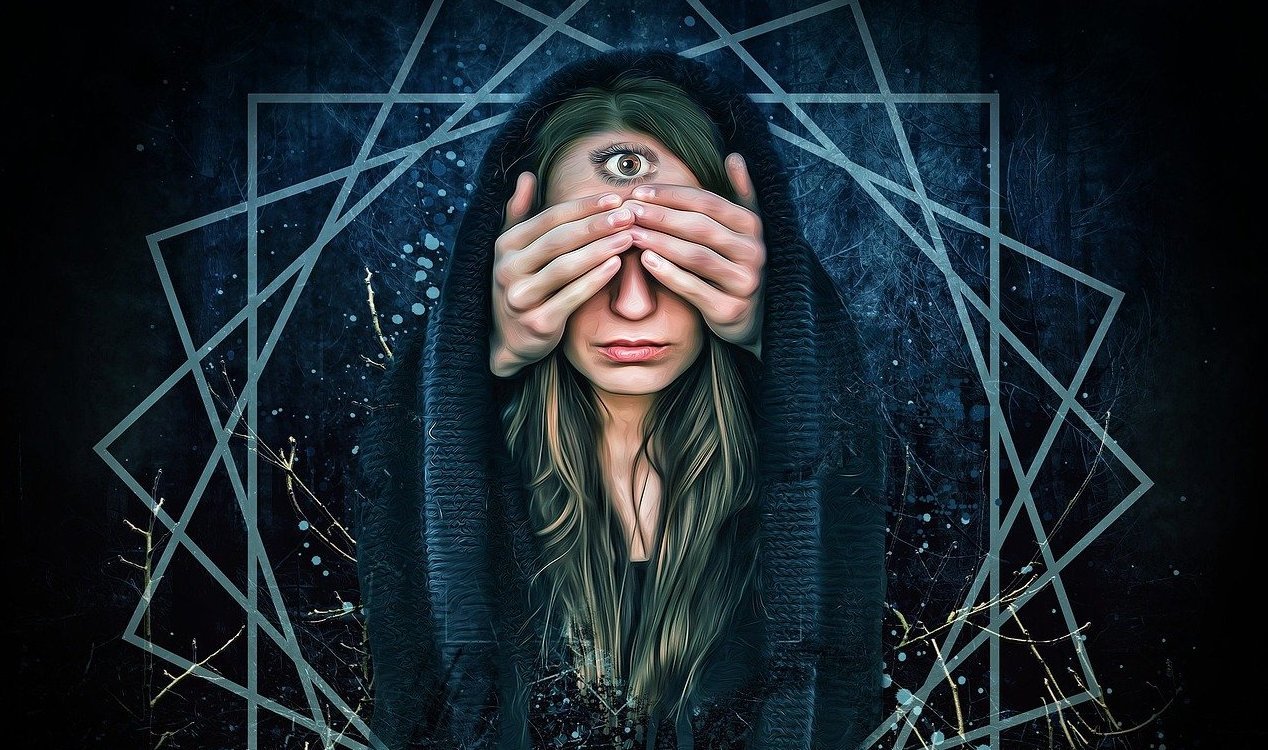 Why are psychic services so popular in the UK ? Image Credit: Pixabay / darksouls1
A large number of people in the UK have sought the advice of a psychic, but why is this the case ?
Extracts from Prince Harry's recently published memoir, Spare, reveal that he used a person with supposed psychic abilities to contact his deceased mother, Diana, Princess of Wales. Diana was tragically killed in a car crash in Paris in 1997 when Harry was 12 years old.

The woman with undisclosed powers was recommended by a trusted friend. While Harry "recognised there was a high-percentage chance of humbuggery" associated with paranormal claims, when he met the women he reported "feeling an energy". Subsequently she relayed messages from Diana to him.

She told him that Diana was currently with him and aware that he was confused and seeking clarity. Additionally, she knew he had several questions and that answers would emerge over time. Harry was also told that his mother had witnessed and was amused by his son, Archie, breaking a Christmas tree ornament in the shape of his grandmother, the Queen.

People with supposed paranormal powers such as those described by Prince Harry are typically referred to as psychics, mediums, or clairvoyants. Although the terms are often used synonymously, they have different meanings.

Psychics are said to obtain information about people or events by connecting with "souls". Mediums believe they can transmit and receive information from the deceased. Clairvoyants say they can see and sense things using their minds. Hence, all mediums are psychics but not all psychics are mediums.

Nonetheless, psychic claims have a dreadful reputation and are typically denounced by wider society. This is due to infamous instances of fakery and the lack of support from objective science.

Despite this, many people still continue to use them and a large proportion of the public - over a quarter according to a Gallup survey in the US - believe that humans have psychic abilities.

Indeed, research estimates that around 10% of the UK adult population regularly visits a medium. A 2011 poll from YouGov found around a quarter of British people have consulted a psychic, and well over half of these people believed they were truthful.

Notable historical cases of proven fraud include Mina Crandon, (1888 to 1941) a psychic medium who claimed to channel her dead brother, Walter Stinson. Investigations revealed she had no paranormal powers and engaged in deception. She even tried to trick famed magician Harry Houdini but didn't get away with it as Houdini foiled her plans.

Henry Slade was another notable fraudulent medium. He was repeatedly caught faking spirit messages in seances. He would place a small slate with a piece of chalk under the table and claimed spirits would use it to write messages. He produced his phenomena through a variety of magic tricks and by writing with his toes.

But not all mediums and psychics deliberately set out to deceive people. An illustration of this is Derek Ogilvie, who appears to genuinely believe he can telepathically communicate with young infants.

In the 2007 Channel 5 TV documentary, Extraordinary People: The Million Dollar Mind Reader, Ogilvie failed to demonstrate his abilities to the satisfaction of scientific experts. But the programme concluded that he was misguided rather than insincere. Ogilvie argued that he could only report what the baby was telepathically projecting and could not offer information on the parents, as one of the experiments requested. The failure to demonstrate paranormal abilities in stringent, controlled conditions is well documented. For instance, James Randi, an investigator and demystifier of paranormal and pseudoscientific claims, offered a prize of US$1 million (ÂŁ820,000) to anyone, who could demonstrate a supernatural or paranormal ability under predetermined scientific testing criteria. Although the challenge ran between 1964 and 2015, no one was able to claim the money.

Given such cases and the lack of scientific support, why then do people such as Prince Harry turn to people with supposed paranormal powers?

Bereavement, also known as the grief response, is a life crisis that can negatively affect individual physical and psychological well-being. In this context, attempting after-death communication provides a continued bond between the living and the departed. Regardless of whether it is imagined, this can afford comfort and prove beneficial.

Research suggests that people with stronger levels of belief in life after death will place greater faith and emphasis on the communications they receive from psychics.

Specifically, psychic contact enables the griever to work through and resolve issues or conflicts with the deceased. This allows relationships to transcend death and sustain the living.

The notion of communicating with a deceased loved one for many people also affords hope. It's more palatable than the definite, perception of the end of life. It also allows the individual to re-frame their experiences and move on.

However, there are reports of some people getting addicted to psychic readings.

Attempts to contact departed loved ones fulfils the need to attempt to comprehend the unknown and make sense of our own existence. Explicitly, it can help to address anxieties arising from awareness of one's own mortality. Visiting a medium also allows individuals to explore and experience wider aspects of human existence.

Whatever the reasons, psychics, mediums and clairvoyants have been around for thousands of years and continue to be popular despite the lack of scientific evidence. Given the psychological need they appear to fulfil, it's possible people will still be visiting them in another thousand years.

Thieves and liars prosper, and people rather believe BS than the truth. Sad world.....

Probably more in the US.  Always sad driving through the poor part of town and the biggest and best looking home belongs to the local "psychic."

Ugh, no kidding.  I used to live about 5 miles from Creflo Dollar.   Talk abouit a man who deserves every single biblical plague hitting his entire family all at the same time.  I've got LOTS of stories about him and I almost fought his photographer in the parking lot of a Wolf Camera back around 2002.

I had dealings with that Jim Jones pyramid scheme known as the ICOC.

Say that acronym outloud and it's quite fitting for Jim Jones

It's a pity Harry didn't consult one about his mrs before he got p whipped, lol. If people let themselves become more aware they wouldn't need to be ripped off from dodgy psychics.