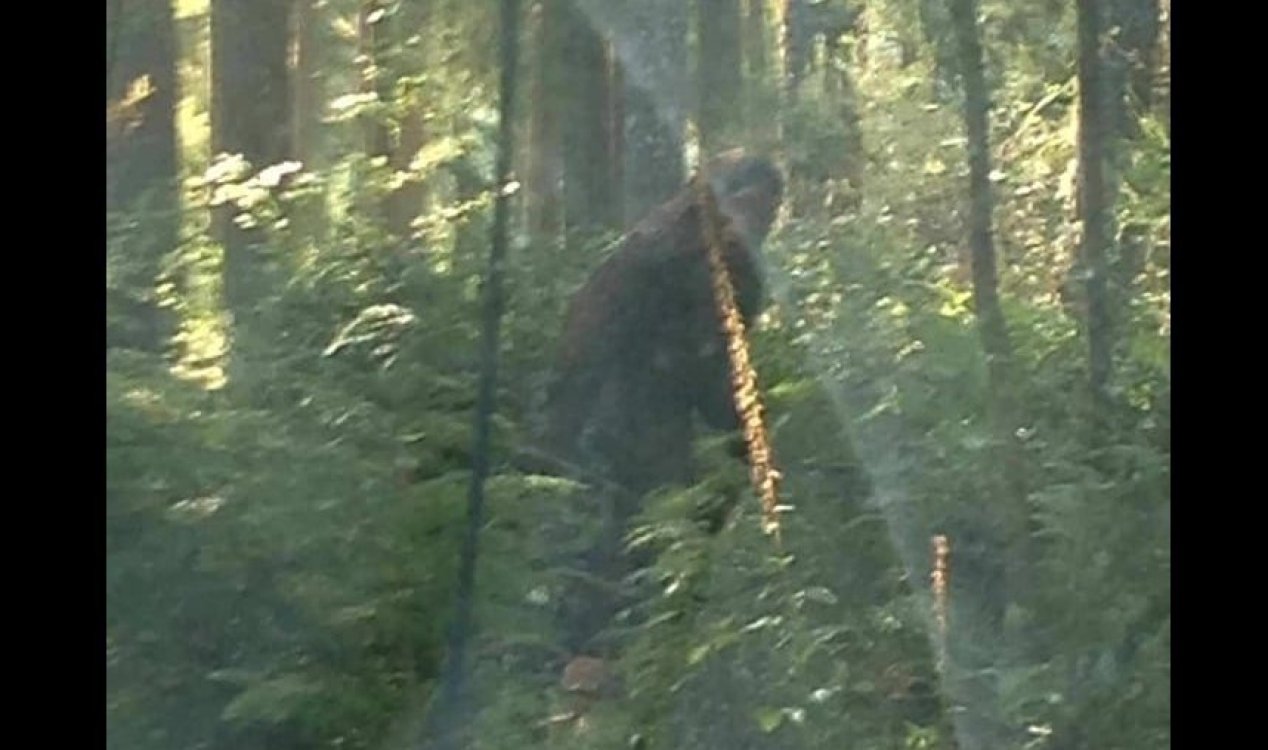 Is this Bigfoot, or something else ? Image Credit: Ron B / RMSO
A large bipedal creature was photographed by a fisherman near the Hoh River around 18 months ago.
The image, which shows what appears to be a large hominid walking through a forest, was submitted to the Rocky Mountain Sasquatch Organization by 'Ron B' who claimed that it had been taken by his friend during a fishing trip around one-and-a-half years ago.

The creature had made its appearance at the time along Washington state's Hoh River.

While few other details of the sighting were provided, Ron maintained that he had also had several encounters with such a creature in the same area."I myself have seen it," he wrote. "Also have heard it talking and howling."

"Had a tree knock in October this year after shooting my 10-22. I knocked back then felt it best to leave. Talking sounds like jibberish or better explanation of water running over a culvert."

"As soon as I made noise it stopped. I just rolled a doe in a can."

But does this photograph really show a genuine Bigfoot or is it something else ?

<< Previous story
Like Prince Harry, a quarter of Brits have consulted a psychic

It would be like telling people about the time you were abducted by aliens and showing a picture of their ship.  Most people wouldn't believe the picture and even more wouldn't believe the story. I might tell that story here anonymously but I wouldn't go get interviewed on a UFO show or give my name. Who would want to be that kind of famous?

If it were real and genuine, it couldn't be debunked. That's what the issue has been thus far in both areas.

My weapons are at the ready once I'm out in the deep bush. After my scares with mountain lions and bear, I am extremely careful and mindful traversing the woods.

I agree.  I think it actually is someone in a Chewbacca suit.

Certainly if you can kill one and have the corpse that's different.  Hard to debunk that.

If it's just a picture it can be debunked to someone's satisfaction if they don't want to believe it or if said debunking fits their preconceptions.

I do wonder. If supposedly so many bigfoot photos are hoaxes, are the hoaxers not afraid of getting shot? Used to be @Sakarihad a suit and would go out by camping areas and tigger the locals. Id have been scared out of my #$@% if I did that. I believe he lost/sold it a couple years back.

It has very short legs, dont you think

#25 Posted by tortugabob 5 days ago

Probably just one of his friends in a cheap monkey suit.

Remains of woolly mammoth found on Devon...
UK and Europe