Ghost, or something else ?

Image Credit: sxc.hu
This story was submitted to the site by Whutupribs from Ohio, USA.
I'm here looking for some help, or at least some advice on how I should proceed...

Let me start by saying that my family, on my mother's side, has had a long history of being "sensitive" to the paranormal. It doesn't go so far as mediumship, exactly... I'm still on the fence as to whether what we think of as communicative mediumship has much merit at all. Rather, as far back as I can trace, the family has always seemed to attract or amplify paranormal activity, as well as getting emotional or visual "impressions". I could spend hours recounting all the experiences I've had throughout the years. These things aren't generally talked about, as we all have more or less accepted them as normal.

All that being said, I still consider myself a skeptic. Obviously I don't deny the fact that the paranormal exists, but I do tend towards the attitude that the vast majority of what people see as paranormal has some sort of rational explanation and that all avenues of explanation should be ruled out before assuming that something is paranormal in nature. Keep that in mind as I share my story... As far as I can recall, my current situation began around two years ago. My girlfriend (who is an outright disbeliever in the paranormal) and I were laying in bed and watching a movie. Suddenly, she screamed and jumped out of the bed, which obviously startled me. According to her, it felt like someone grabbed her by the ankle. She says she could feel the pressure from each individual finger, and it bothered her quite a bit. She didn't sleep that night. Fast forward a few weeks, and again, we were laying in bed and talking. We both heard, clear as anything, a dog walk up the hard-wood floor of the hallway to my bedroom and lay down outside the bedroom door. Thinking that it was my dog and she needed to go out, I got up and opened the door. Not only was my dog not in the hallway, she was asleep on the couch in the living room, all the way across the house. The very next night, I was sitting at my computer, and it felt just like someone ran a single finger down my calf. This was the end of the activity for the next six months, or thereabouts.

Around a year and a half ago, the same thing began happening every couple of nights: At almost exactly 3:18 AM, I would hear a *knock-knock* on my bedroom door, as though someone was tapping with their index finger. Now, I do live with my parents and a couple other family members, but none of them are awake at that time. It was so clear that I would, half-awake, yell out that whoever was knocking could come in. This is less frequent now, but still occurs. However, things have only gotten stranger...

Every once in a while, I wake up to my bed shaking. It's actual shaking, not a vibration or rumbling. It stops almost as soon as I wake up, and I'm always left with a feeling of heaviness in the room. Then, about two months ago, a bag of dry moss that I keep on the shelf of my computer desk for my pet lizard sort of "jumped" off the shelf and flew across it. It was very stable on it's own, but it was even held in place by a couple of other items. I simply cannot see how it could have even moved on it's own, let alone jump up and fly across the shelf. Then, just last week, a water bottle that I keep on the floor by my lizard's tank jumped up off the floor, bounced off the wall, and hit his tank.

What I find strange(and honestly, most unsettling) is that I get absolutely no "impression" from whatever this is. As I said, I normally get at least some kind of emotional impression or mental image when exposed to the paranormal, even though it's usually very mild. With this, I get absolutely nothing. So my question is, what exactly do you think this could be? And what steps should I take from here on out?

<< Previous story
The strangest occurrence of my life

#1 Posted by Kalebrius 4 years ago 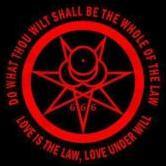 Hi, i realized that nobody has commented so let me be the first to speculate. Now, don't quote me on this, but it may be a specter of some sort. It may very well be as simple as a poltergeist. I'd personally lean more towards Poltergeist considering that it leave heavy energy around the room it was (or is) in. I won't claim to be something i'm not, nor do i claim to know more then the next person. I am just speaking based on my own relationship with the ethereal and the metaphysical.

#2 Posted by Piney 4 years ago

There is not enough information to determine if it is a Thoughtform ( what you call a poltergeist) or a actual Earthbound. They both leave heavy "woo" around but many different factors are involved. That's why I didn't answer.