The decidedly tongue-in-cheek product, which she describes as 'environmentally friendly', is apparently capable of attracting any curious hairy, bipedal hominid within half a mile.

According to Webb, Bigfoot research group Bigfoot 911 recently conducted a field test of the spray during an outing in the woods of McDowell County and actually prompted a sighting."To attract a Bigfoot, you need a smell that is woodsy enough to keep from scaring him off," she says. "But slightly different enough to make him curious, and come to investigate."

When asked whether or not she believes that the creature even exists, Webb says that she isn't certain, but is convinced that at least something is likely to be lurking out there in the woods.

"I'm definitely not trying to make fun of people who believe," she says. " A lot of people are more serious about this (juice) than I thought."

"There are people around the world inclined to believe Bigfoot is real."

Why are TV investigators having such a hard time 'Finding Bigfoot' ?
3-3-2022

#27 Posted by freetoroam 5 years ago

Sorry....never heard of BF inducer.  Did you mean BS inducer?

#28 Posted by Nostrodumbass 5 years ago

Hoped you would call the BS, was running out of ideas lol Already started to prepare if you asked about BFgate, not sure where that would have gone lol. Cheers

#29 Posted by freetoroam 5 years ago

I like the BF gate, its got a ring to it....sounds very Nixony

#30 Posted by Colectivo 5 years ago 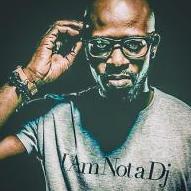 #31 Posted by ChaosRose 5 years ago

Say you do end up attracting a bigfoot. Now what?

#32 Posted by Hammerclaw 5 years ago

#34 Posted by Fishing the Styx 5 years ago

Number 2.  was my first thought when I seen the topic  she could of mistakenly invented some type of mating scent . And if that is the case you wouldn't have anything left to be curious about Bigfoot

The issue is well afoot with Dr Scholl and Gold Bond.

#36 Posted by Timonthy 5 years ago

Surely your banishing spell would work?

The Menapia Quest
UK and Europe