Slender Man was invented on an Internet forum almost a decade ago. Image Credit: CC BY-SA 4.0 LuxAmber
The movie will not play in two counties out of respect for a girl who was almost killed by two teenagers.
The chilling incident, which occurred in 2014, saw Anissa Weier and Morgan Geyser, both 12, lure one of their classmates out to a woodland park in Wisconsin before attempting to take her life.

The senseless attack was reportedly 'dedicated' to Slender Man - a fictitious entity invented on an Internet forum who typically appears as a very tall, thin individual with a black suit and no face.

The character has been the subject of numerous creepypasta stories over the last few years.Now with the release of a new movie based on the Slender Man phenomenon, it has been reported that the film will not screen in Milwaukee or Waukesha counties out of respect for the victim.

"Like many people across the United States, Marcus Theaters was deeply concerned and saddened when the Slender Man phenomenon touched Southeastern Wisconsin in such a profound way, changing the lives of many families forever," the movie theater chain said in a statement.

"After careful consideration, and out of respect for those who were impacted, we have decided not to play the upcoming Slender Man movie in Milwaukee and Waukesha counties."

"We will show the film at select other Marcus Theatres locations."

That was rather considerate on the behalf of Marcus Theaters to opt not to show the movie in the communities impacted by the crime. To my understanding, Payton's father has been objectionable to the movie ever since Sony announced it was going to make it.

#14 Posted by GlitterRose 4 years ago

I can understand why the parents weren't happy about the movie, and why those particular theaters decided not to show it. Sometimes people capitalize on tragedies.  Slenderman was just a creepypasta, but then it became associated with this tragedy.  It's kind of like how Five Nights at Freddy's seems to be based off of actual murders that happened at a Chuck E. Cheese. I guess no one could prove that's what inspired the game, but if it did...it would be pretty s****y to make a video game out of it.

I can understand it too... Sony went ahead with plans to do the movie before the case on the attempted murder was even completely closed. It was only a few months ago (December and February) that the attackers were sentenced. Sony hit the timing hard on this one. Though it is something to note that HBO released their Beware the Slenderman weeks before Sony announced their movie, and there has been a release of of a documentary, A Self-Induced Hallucination, earlier this year. At least with Five Nights at Freddy's is that if it's based in part off the actual crime- they waited a couple decades ... [More]

It almost seems a little too soon for Hollywood to capitalise.. maybe that’s just me though, I know plenty of movies have been made about true crimes but this is still so recent if that makes sense, like the victim is still a young teenager

Life is far more complicated than stating empathy and thinking you made some logical point through virtue signalling. Logic is often times better than emotion, because emotion is irrational. Irrational thoughts and actions are profit for many organizations. This is why I'm not surprised that logic is under attack in collapsing societies. Anyway, tell me, if you had a dog and it was drowning along side of a man you didn't know and was also drowning, who would you save? You see, using emotion won't help you here, but logic would. Emotion is useful for particular purposes, but not in decisions, l... [More]

Just to clarify, empathy is not sympathy nor does does empathy necessarily need to be associated with 'emotion' other than perhaps the idea of empathic concern. An often used definition is 'walking in someone else's shoes' or 'seeing through the eyes of the other individual.' Empathy is fundamentally a critical thinking skill, even a survival skill. For example, in the medical arena, we use empathy to give us more insight into what a patient is experiencing to provide better treatment. But, this not mean that we are sympathizing with a patient; to do so on a continuous basis would be emotional... [More]

I never used empathy for the example, but rather emotion. Also both empathy and sympathy rely on emotion. Empathy is understanding and sharing what someone else feels while sympathy, is also the same that you feel what others feel and you feel sorrow for how they feel. They're much more similar than you think.

#21 Posted by Nightsoul 4 years ago 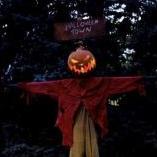 I think it’s a good idea that they want to respect the victim and it won’t play there, but I don’t really see a connection between the movie and what those girls did. Those girls were mentally ill and couldn’t separate fantasy from reality. It wasn’t Slenderman that had to do with it. So I don’t think the movie has a connection to what happened. About the movie - I went to see it on Tuesday and it wasn’t a great movie. Sure it was tense at sometimes and had some suspense, but other times it dragged on and just got confusing.

There is a profound distinction in that empathy is an intellectual process. There is reasoning involved, The principles of reasoning form the basis of logic. To feel what another feels provides valuable interpretive information to the formulation of a logical construct, an action.