Could Russia be responsible ? Image Credit: U.S. Department of State
According to reports, several US officials have cited Russia as being the main suspect in the investigation.
The phenomenon, which directly targeted embassy personnel and sparked a breakdown of international relations between Cuba and the United States, was first made public last year.

Thought to involve the use of sonic or microwave-based weapons, the attacks had targeted the hotel rooms of US diplomats in Havana, inducing a range of debilitating health symptoms.

Now according to a report by NBC News, three unnamed US officials, as well as two other individuals involved in the investigation, have claimed that Russia is now the main suspect.Evidence of Moscow's involvement was allegedly "amassed during a lengthy and ongoing investigation involving the FBI, the CIA and other US agencies."

So far however, none of these agencies have formally confirmed or denied the claims.

"We have made no determination on who or what is responsible for the health attacks," said State Department spokeswoman Heather Nauert.

#12 Posted by Calibeliever 4 years ago

Pretty thin. I'm disappointed at the poor journalistic standards here. "Moscow's involvement" could be interpreted in many ways. There's a lot of finger pointing and not much evidence that anything even actually happened. I'm not saying it did or didn't, I'm just saying if you're going to report something try giving it more substance than hearsay.

I'm not saying these weapons exist, but how do we know for sure what's been developed? I doubt they're gonna spread it around. Maybe if we heard alternate explanations for these illnesses, concussions and physical changes in the brain?

Well, it look a lot like like a ''Gulf war syndrome'' scenario. It was stipulated that the GWS was caused by a bad mix up of medication and vaccination  given to all the troops. Just thinking that the situation look alike, embassy employees getting all their government prescribed overseas medication before going there and getting screwed by it.  Speculation but way better than a cosmic ray or a high power Russian field microwave weapon in Cuba...

Look at Gulf war syndrome and you will see that bad mix-up of medication and environment can do to the human body... 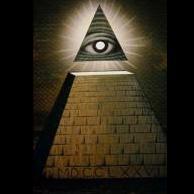 I was hoping President Trump would have improved relations with Russia.  This was one of the issues he campaigned on, and I think it is an admirable goal.  I think President Trump's heart is in the right place.  Unfortunately, earlier in his presidency he seems to have fallen under the influence of neocon advisors which resulted in a soured relationship with the Russians.  Now that the president has been moving steadily towards the America First positions he campaigned on, let us hope relations with Russia can be mended.  I am not saying the Russians shouldn't be held accountable for the "soni... [More]

So apply that to this Cuba situation.

Well in Canada, use of the military Malaria prescribed medication is more and more looked at for the cause  of military  deployment induced PTSD. If all the employee got the same medication, and they got the same sickness.... it can be related. I found this more plausible than a microwave weapon attack... You can have your opinion too.. Would be still interesting to know if such a weapon can be used to soft disrupt an administrative compound but it's highly doubtful in Cuba, less in Ukraine tho...

So I went back to the original article...this "sickness" affected 26 people. I have to imagine they weren't all hired at the same time, meaning if they had some sort of vaccination it would not have been from the same batch. And wouldn't others, not based in Cuba, have been affected by this medication as I'm sure they give it based on first come first served, not destination. In fact, if all these people got their shots from their individual general practitioners that negates the possibility they received the same medication from the same source. Is there a medication that can make a permanent... [More]

#20 Posted by RoofGardener 4 years ago

I'd have to agree with your conclusion Skliss. There is a very good article in the Guardian about the case .....  https://www.theguardian.com/world/2018/feb/24/fresh-row-over-mysterious-sickness-affecting-us-diplomats-in-cuba In a nutshell, there is zero medical evidence of any actual medical condition, whether 'natural' or externally instigated. SOMETHING was wrong with the people effected, but the doctors don't know WHAT was wrong with them, let alone how it happened.  There is also the epidemiology to consider; multiple people where effected from both the US and Canadian legates. Some compl... [More]

#21 Posted by Robotic Jew 4 years ago

Have our tough president heap some more praise upon putin and take his word over evidence.

How should the west react to Russia's an...
Other World News

Pelosi is going to Taiwan
Philosophy and Psychology

Horrible bosses cause 'race to the botto...

The importance of nature in your life
Science and Technology

Scientists use mosquitos to deliver expe...