Lori Simmons got the fright of her life recently after her friend spotted someone standing right behind her.
Lori had been at home talking to her best friend Shana Thomas through the video messaging app Marco Polo when she became aware that something was amiss.

"I'd only just moved into my apartment, so I was video chatting with my friend to show her around and I was just talking about general things," she said. "But all of a sudden, her face got really serious and she asked if someone was in the house with me."

"I live alone but I instantly looked around because it was so weird the way she said it and it really frightened me. I told her I was home alone. She looked pretty shocked..."

After reviewing the footage, Lori noticed a strange figure standing in the background."I couldn't believe what I was seeing," she said. "It was so scary. It sent chills down my spine, and just shocked me so much. I've had lots of paranormal experiences in my life, but nothing quite like this."

In the footage, which can be viewed above, the figure can be clearly seen several times over her shoulder. It also appears to move around the room rather than stay stationary in one place.

"I showed the video to people at my work and they actually screamed," said Lori.

"I've watched this video probably 1000 times and it still creeps me out."

This inability to understand relative motion and how perspective works, rather reminds me of one of the 'photo experts' who briefly appeared in the initial investigations into JFK's death.  Somehow, a guy named Jack White (who was a conspiracy theorist / idiot and was completely untrained in photographic analysis) managed to convince someone he was an expert, but under simple questioning about perspective and some other very basic aspects of photogrammetry, he was revealed as a pretender and his 'analysis' was thrown out even though he was not immediately ejected from the investigation.   I... [More]

#87 Posted by Uber Doubter 4 years ago 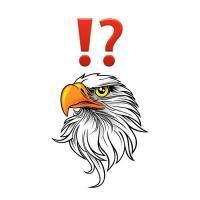 I went back and reviewed the video yet again - while the wall with the tree and the picture indeed is on the opposite side of the counter with the figure, I underestimated the amount of movement she had perpendicular to it. She actually moves past the counter, and thereby has the figure behind her - while I thought the counter remained to her right. So it's not two different things, or a single thing that moves several meters, it's the same figure that's seen under her arm in the beginning. As for the snotty remarks about "photo experts" and "non-serious-photographers": I think I know a thing ... [More]

Mmmm.  As was pointed out by several folks (inc me) quite early... Those remarks were neither snotty or directed at anyone in particular.  Given your misinterpretation and errors admitted above, however, the readers might wonder about your proclaimed abilities - I think it a little unwise to make assumptions / putdowns based on your opinion of others, after that.... Had you asked questions rather making those proclamations, especially given that others had already covered that ground.... As far as I can see, no-one is referring to optical illusions in this case.  Even so perspective errors and... [More]

#90 Posted by Simbi Laveau 4 years ago

Was debunked I believe

If a creepy figure didnt appear in my pictures backgrounds ( i dont video chat ) then i would be scared...

#92 Posted by Impedancer 4 years ago

Oh no she is going to get probed by the aliens 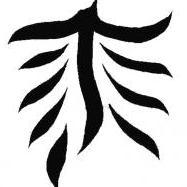 What if all ghost are made of em waves, and thats why they appear on electronic devices

I think its fake. Probably got mistaken by some other object such as a human or a toy something else. It needs to me more clear. Its really hard to tell. So ill say its fake.

#95 Posted by ensanity 4 years ago

Click here to view all 95 comments on this story