Eels 'hyperactive' due to cocaine in the Thames

The drug may be causing eels to become hyperactive. Image Credit: CC BY-SA 3.0 GerardM
According to a report, excessive drug use in London may be having an adverse effect on some of the local wildlife.
The research, which was conducted by scientists at King's College London, found that a substantial amount of cocaine had been entering the river in overflowing waste water from the sewers.

Levels of the drug, which is entering the water through urine, are abnormally high for a major city.

While London does have water purification facilities to treat the water that enters the river, it doesn't account for times when major rainfall overwhelms the system, causing some to bypass it."Increases in caffeine, cocaine and benzoylecgonine (a metabolite of cocaine) were observed 24 hours after sewer overflow events," the researchers wrote.

To make matters worse, it is believed that the drug is likely to be having a negative effect on some of the local marine life. Eels, in particular, may be becoming 'hyperactive' due to cocaine exposure.

"Drugs which affect us will almost always affect all animal life, and invertebrates a little bit more because their biochemistry is much more sensitive," said marine life expert James Robson.

"Essentially everything in the water will be affected by drugs like these. A lot of the triggers and the ways that cocaine affects the system is really primal."

#5 Posted by AllPossible 4 years ago

Wow that's the next horror movie. Eels with cocaine issues. The reviews will be Electrifying

#6 Posted by Vlad the Mighty 4 years ago

Just what I was going to say. This would have to be mighty powerful stuff for it to have any potency at that level of dilution.  In any case, surely Cocaine is so 80's.

#7 Posted by glorybebe 4 years ago

We have high eels, fish too relaxed to worry about being eaten because they are getting antidepressants and antianxiety derivatives in water...humans are messing with this planet in so many ways

#8 Posted by Hankenhunter 4 years ago

Ok, who's been giving cocaine  to the carp. The damm things keep jumping in the boat looking for more.

#9 Posted by Reepa 4 years ago

#10 Posted by UFOwatcher 4 years ago

" Eels in the Thames aren’t as closely exposed to the drug as those in the 2018 study — so it doesn’t necessarily mean they’re getting “high” from the run-off. " So they don't really know if this is effecting the eels? I would think they would determine how much was in captured eels and how much was required to cause a change in behavior. Sounds like a lot of speculation. 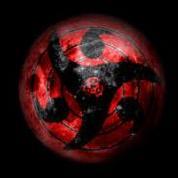 Wish drugs worked on me as good as they do wildlife!

Is this why British swimmers are failing drug tests? Or possibly polluting...

#13 Posted by Captain Risky 4 years ago

The problems are not only drug use.. hormones in water cause problems too, and not only for fish.. https://nypost.com/2017/07/03/birth-control-pills-are-turning-male-fish-into-females/ https://www.livescience.com/20532-birth-control-water-pollution.html https://www.foxnews.com/health/hidden-hormones-can-bring-about-early-puberty-in-kids