Taylor's car had become completely stuck. Image Credit: Facebook / Deschutes County Sheriff's Office Oregon
Jeremy Taylor and his dog resorted to eating sachets of Fire Sauce after getting stranded in snow for five days.
The 36-year-old had been driving off-road west of the resort community of Sunriver, Oregon when his vehicle became stuck in heavy snow, leaving him stranded in the middle of nowhere.

After spending the night in his car, Taylor attempted to reach safety on foot but ended up having to return to the vehicle after running in to difficulties getting through the deep snow.

He and his dog Ally ultimately managed to survive for five days by eating sachets of Taco Bell Fire Sauce before they were eventually spotted by a snowmobile rider and rescued."Jeremy told investigators he had gone up FS Road 40 on Sunday, but became stuck in the snow," the Deschutes County Sheriff's Office wrote on Facebook.

"He awoke Monday to even more snow and was unable to get his vehicle unstuck."

"Jeremy stayed warm over the next four days by periodically starting his vehicle and used a few taco sauce packets he had as food."

#1 Posted by Gertdoggy 4 years ago

Think he would have survived 5 days regardless of the hot sauce.

#2 Posted by Nnicolette 4 years ago

I was thinking the same thing... Like is giving yourself diarhia helpful? And your telling me the dog ate hotsauce too?

#3 Posted by South Alabam 4 years ago

There was a guy a few years back and a woman last summer who drank a little antifreeze to stay hydrated and lived. I suppose hunger and thirst drive people to do such things.

#4 Posted by Gary Meadows 4 years ago

#5 Posted by Buzz_Light_Year 4 years ago

#6 Posted by Chookaburra 4 years ago 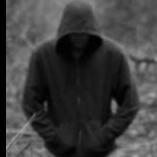 A little longer and Ally the dog might have made it the menu. Slow cooked dog chops finished off with a hot sauce and coupled with a nice glass of antifreeze - hmmmm hotdogs.

#7 Posted by Jon the frog 4 years ago

#8 Posted by Emma_Acid 4 years ago

Yep. I put scotch bonnet sauce on pretty much everything except my breakfast cereal. I think I have a problem.

Michael Avenatti sentenced to 14 years i...