Did the Romans make the Colosseum earthquake resistant ? Image Credit: Cody escadron delta
A new study has found that the Romans may have used 'metamaterials' to dampen the effects of earthquakes.
As if the Colosseum wasn't already an impressive enough example of ancient Roman architecture, researchers now believe that its builders may have implemented foundations designed to protect the structure from earthquakes using concepts not dissimilar to those currently being used to develop the world's first invisibility cloaks.

The key lies in metamaterials - artificial materials that exhibit properties not typically found in nature.

Such materials are capable of manipulating waves in intriguing new ways such as to bend electromagnetic waves around an object to render it undetectable or to bend seismic waves around a building to protect it from the damaging effects of earthquakes.In a new study, researchers have put forward the notion that the foundations of the Colosseum were built to incorporate very similar properties to those found in modern day metamaterials.

Critics of this idea however argue that the design may simply be a coincidence.

"The introduction of archaeological metamaterials is a fascinating idea," said physicist Greg Gbur. "I doubt that the builders of structures in that era intentionally designed their buildings to be earthquake resistant, or even that they were able to unconsciously evolve their designs over time to make them more secure - the time scales seem too short. "

"I could imagine, however, that there might be a sort of 'natural selection' that occurred, where megastructures built with inadvertent earthquake cloaking might have survived longer than their counterparts, allowing us to see their remains now."

I wouldn't be surprised.  After all, those guys knew how to pour concrete under water

#2 Posted by Stiff 3 years ago

I'm going with this theory.

#3 Posted by LucidElement 3 years ago

I was just there with my wife on our honeymoon 2 weeks ago lol. If I could have only given the guide a lesson of my own lol.

Not only could they pour concrete under water, they used a formulae that still defies modern understanding. No modern concrete would last as long as the Roman concrete when exposed to salt water.

#5 Posted by Hammerclaw 3 years ago

The amazing thing is how you worked the term "invisibility cloaks" into the topic. 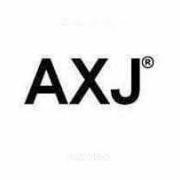 #7 Posted by Alchopwn 3 years ago

I am unimpressed with this article.  While it makes claims, clearly the person who wrote it barely understood what they were being told, or the archaeologists involved were being extremely cagey about their claims (for whatever reasons).  No link or mention to the "study" is included, which is always a big red flag.  We are also given zero technical information about what the materials were made of or how they were used, which should be another pair of red flags.  I can understand if the method of manufacture is unknown, but if it were known it should have been included.  This article falls in... [More]

#8 Posted by moonman 3 years ago

It really is a crappy misleading article.

One of the most unusual Bigfoot stories ...
Natural World

Is the daddy longlegs really the world's...

In the Atlantic Forest, the lowland tapi...
Coronavirus (COVID-19) Pandemic