A depiction of Jesus, Mary and Joseph at their home. Image Credit: Bartolome Esteban Murillo
Prof Ken Dark believes that he has identified the home where Jesus once lived beneath a convent in Nazareth.
Prof Dark, who teaches archaeology and history at the UK's Reading University, has spent 14 years investigating the private dwelling which is situated beneath the Sisters of Nazareth Convent.

He believes that in all likelihood, it was indeed the childhood home of Jesus himself - the abode in which Mary and Joseph lived and where the young Jesus spent his early years.

The home itself, which was first discovered in the 1880s, is certainly nothing remarkable and would have served as the home of a typical Galilean family 2,000 years ago.

"There was nothing unusual about it," Dark told CBS News. "It's not pitifully poor, but there's no sign of any great wealth either. It's very ordinary. If this is the childhood environment of Jesus, there's no reason to believe he grew up in anything other than a very typical Galilean rural home of its time."

One clue to its connection with Jesus (and especially Joseph) was its construction. While Joseph is typically described as a carpenter, the Bible suggests that he was adept at a range of crafting skills.

"Whoever built the house had a very good understanding of stone-working," said Dark. "That would be consistent with the sort of knowledge we would expect of someone who might be called a tekton.""By itself, that's not got flashing lights saying, 'this is where Jesus lived.' But it's underneath a fifth to seventh century Byzantine church."

The site is also not far from the Church of the Annunciation - the place where it is believed Mary was told by an angel that she would become the mother of Jesus.

As things stand however, whether or not this was once the home of Jesus remains open to debate.

"On the one hand, we can put forward a totally plausible case that this was Jesus' childhood home," said Dark. "But on the other hand, actually proving that is beyond the scope of the evidence.

"It's debatable whether it would ever be possible to prove that."

Childhood home of Jesus Christ excavated by archaeologist Professor Ken Dark in Nazareth, Israel, after a 14-year study of a stone and mortar dwelling in Nazareth, Israel, underneath the Sisters of Nazareth Convent. #biblicalarchaeology @BibArch https://t.co/wBvKdEWNS8 pic.twitter.com/0w19NKvsfy

It was seized by Crusaders in the 12th century and carried back to Rome.  There is no clear record of where it was for the next 600 years, although it is believed it spent some time in Scunthorpe.  The next authentic sighting was in 1754 in Tashkent where it appeared to a young girl, and warned her that a terrible disaster was about to befall humanity.  And sure enough, just 204 years later, Michael Jackson was born.

#10 Posted by Goodgodno 2 years ago

#11 Posted by OverSword 2 years ago

How many other families would have lived there both before and after? How can any scientist make a statement more ambitious than he would probably have lived in a place like this?

best that can be said is that it was a house of the type that Jesus if he existed may have lived in, or maybe not.

#13 Posted by Hammerclaw 2 years ago

It bull**** ridiculous--there's absolutely no way of proving it. It's just more farcical religiosity masquerading as archaeology.

ahem....  ~ Or give of thousands of dollars out of the goodness of their hearts, Jesus needs a new private plane...  ~

Maybe he'll find more evidence there?  Perhaps some graffiti - "Jesus woz ere" (in Aramaic), or an old calendar from 4 BC with Dec 25th circled and "Baby due!" (in Aramaic).  Or a pair of socks with his name stitched in.  Or - you know those gaudy plastic mugs with the kids' names on them?  One of those.  Or a signed photo - that would convince me.  A school report?  "Jesus continues to muck around in Home Economics, turning water into wine and bread into human flesh.  Disgusting: F-" 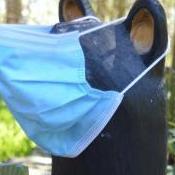 Jaylemurph,,,why do blowhards enjoy moving empty air??? At least it gets you noticed. The Thrice Great, Madame Blavatsky, was one of the first true students of: spirituality, religion, and cultures. She had an insatiable hunger for truth, and she became a pathfinder to the ancient truths left behind by humanity. She spent most of her life traveling and collecting information that allowed her gain understanding that opened doors into spirituality, spiritualism, and religions. She was perhaps the first to openly compare and criticize religions, based on her intimate knowledge of their beginnings... [More]

#17 Posted by jaylemurph 2 years ago

She was a fraud, full stop. We literally have the testimony of her co-conspirators how she faked her “miracles” and what lies she told.  https://www.google.com/amp/s/www.atlasobscura.com/articles/the-unmasking-of-the-19th-centurys-seance-queen.amp You can choose not believe the facts like a five-year-old, but you can’t /deny/ the facts.  —Jaylemurph

Canst thou not see? Is it not a lamb which lieth beside the door?