FBI raids homes of Area 51 journalist and confiscates his files 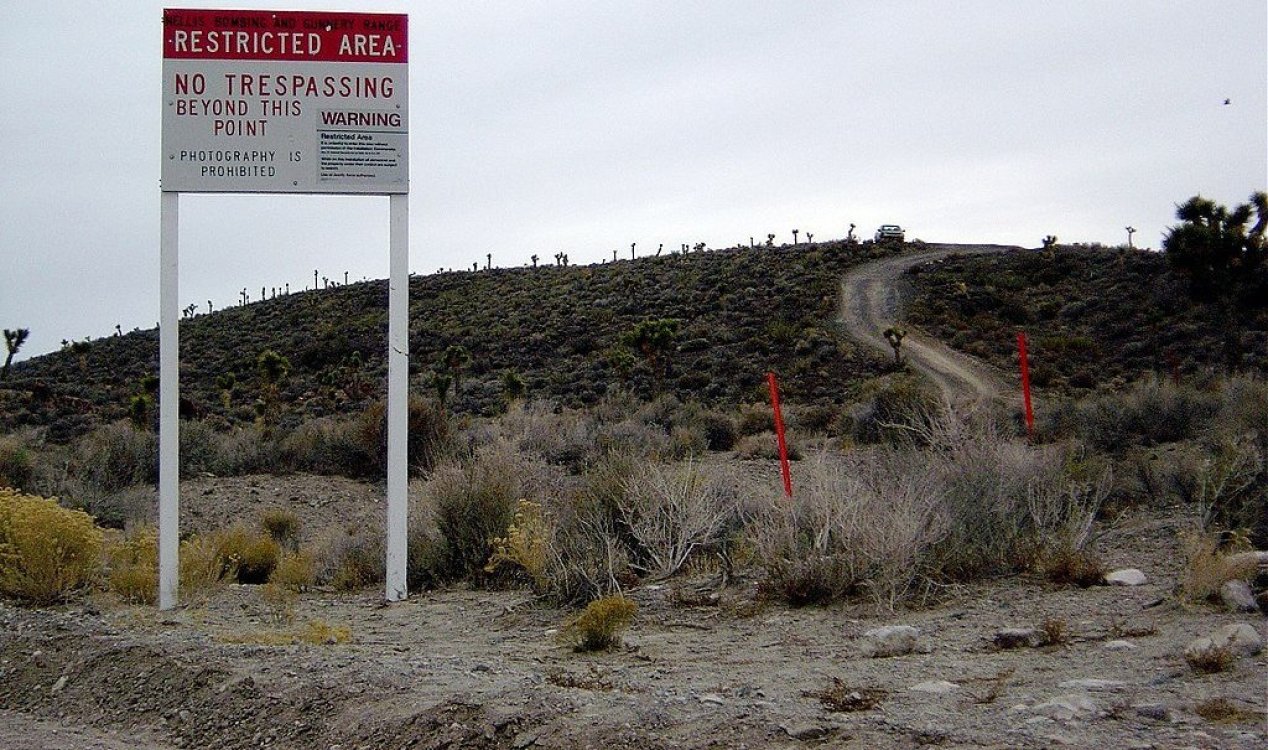 This infamous sign greets anyone thinking of trespassing on the base. Image Credit: CC BY-SA 3.0 X51
Joerg Arnu is a prominent Area 51 researcher who has worked on numerous documentaries and TV shows.
Arnu found himself at the receiving end of an FBI raid earlier this month when agents descended upon his two homes in Las Vegas and Rachel and seized a large number of his possessions including computers, cameras and memory sticks.

The incident had been the subject of much speculation until Arnu himself posted an update on his website to confirm what had happened.

"Last Thursday (November 3rd) very early in the morning my homes in Rachel and in Vegas were searched by a combined team of FBI and AF OSI," he wrote.

"All my laptops, phones, memory sticks, cameras, drone and other items were seized. Each location saw at least 15-20 agents rummaging through our homes and about 8 vehicles."

"Needless to say it was a spectacle for curious neighbors, both in Rachel and in Vegas. In the process I lost ALL my data, medical files, financial and tax records, passwords, everything.""To the best of my knowledge I have not broken the law. The search warrants are not very specific but aerial photos of Area 51 and other installations came up repeatedly."

"So I have taken those down for now to defuse the situation."

Arnu is well known for his extensive research into Area 51 and has worked on several productions including the UFO documentary 'The Road to Rachel' as well as episodes of 'Conspiracy Theory with Jesse Ventura' and 'Ancient Aliens'.

It remains unclear exactly what the agents were looking for, but it is not unreasonable to assume that he might have delved a little too deep during his investigations.

So far the FBI has declined to comment on the case.

That was only when the Constitution was being followed.  Hadn't you noticed?  They do WHAT THEY WANT, WHEN THEY WANT and people who get in their way soon wish they hadn't...

#4 Posted by Buzz_Light_Year 17 days ago

There's the catch all. The agents will have to comb through everything to ensure that they get all the photos. Then they'll make copies of everything and return the originals of anything not included in the warrant. No photography means no photography even if you snap a picture from your car toward the base.

#5 Posted by DreadLordAvatar 17 days ago

Enough is enough. Time to revisit those plans of storming area51 folks lol.

My guess is he break a few laws.

He probably flew a drone where he shouldn't of and took pictures from the sounds of it. You can't do that on any base. People doing that over the Ft. Bragg or Dix woods get their stuff taken because it might harm  soldiers in certain situations. The only reason this case is newsworthy is because it's a alien conspiridiot.

Cormac and I have a Jehovah's Witness over in the religious forum. What a brilliant mind!

When I lived in Washington State before we moved to Korea in 2014, the Jehovah Witness used ride their bicycles through our neighborhood even though it was a gated community. They always rode in groups of two, and their bikes along with their the clothing they wore was all identical. Well ever though it was gated community they could get past the gate with their bikes, the first time they bother me on a weekend I was patient. However it started becoming a weekend thing and the to guys were always different so i finally got fed up with the BS. So the next time they bothered me I was waiting for... [More]

Just did a little checking... Joerg Amu appears to be a hard-core "ET-Aliens invading Earth... junkie" Since Amu does not provide any evidence of his claimed extent of FBI involvement other than his own word, his account is meaningless. On top of all that it's laughable because Area 51 and similar are DOD facilities. The FBI has nothing to do with them. Basically he is a liar and "alien-sensationalist"

Hmm... I wonder why the FBI suddenly became sensitive about aerial photos of Area 51?  It's not like there aren't plenty online.  I think he needs to challenge the warrant and redeem his electronics.

#12 Posted by OpenMindedSceptic 16 days ago

I feel like he either got too close to something possibly sensational or the FBI have been kept out of stuff they've wanted to know about by the military/ CIA and this was the fastest way to accurate truths.