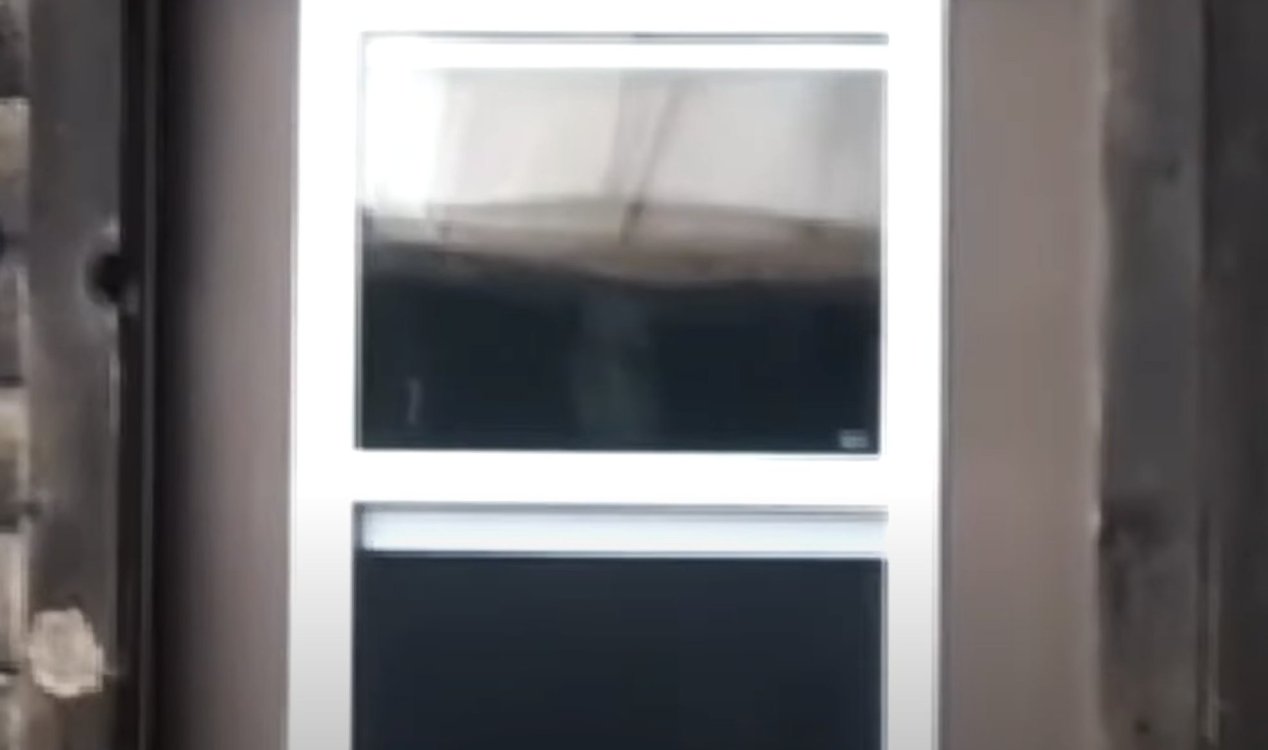 Who or what is looking out ? Image Credit: Reddit / Fellimundo
This eerie clip shows what appears to be the face of a mystery figure staring out of the window.
The video, which was originally posted on Reddit by the user 'Fellimundo', was recorded outside a home in Gainesville, Florida by a man who had got up at around 7am to smoke outside.

Upon suddenly feeling as though he was being watched, he turned his phone towards the garage door and recorded an unknown figure peering out at him through the window.

According to the poster, his family had all been asleep at the time and when he ventured through the door afterwards to investigate, he found no sign of any intruders.The footage certainly raises some questions, such as exactly why he had started filming before the face appeared and why his reaction to seeing someone in his garage was so muted.

You can check out a re-upload of the clip on The Hidden Underbelly 2.0 below.

Could it be evidence of something paranormal, a hoax, or something else ?

Next story >>
Man is arrested in Japan for calling the police 2,060 times over 9 days
Recent comments on this story

Thats why i do love this paranormal forum best, thinking ( critical ) is allowed and non paranormal explanations are welcome, well at least welcome to most here.

#15 Posted by TripGun 2 months ago

This guy needs to lay off the booos...ugh

#16 Posted by preacherman76 2 months ago

Non paranormal explanations are the only comments welcome here, by several of you.    Anyhow, yeah I’m not seeing it with this one either.

You never listen to anyone. You go straight to laughing in their face.    And what do you mean by supporting evidence? Like exactly what you would consider supporting evidence? Cause honestly I can’t conceive of anything that would fall under acceptable. The very nature of the subject defies the idea.    You are not here to search for evidence.

Do you have more on subject to add or just ad hominem trolling?

You are the one who deemed the thread not serious. You are the one who “would have gotten a 99% paranormal” had it been taken serious. No one said anything to you, but you still felt the need to ridicule those with different opinions. Like you do in basically every conversation.    Don’t take shots at people unless you are willing to take some back.

Actually you quoted me so you just lied saying no one said anything to me. And if you reread replies non paranormal is the majority in this one including your own remark. So no clue what you are ranting about.

It was an observation of what was said before I ever got here.  I’m not ranting at all. Nor do I have a problem with differing opinions. Just found it curious that you praised how non paranormal opinions are welcomed, when you tolerate nothing but the same opinions as yourself.    I don’t have a problem at all that you express disbelief in the paranormal. I far more often than not don’t believe it either. Just don’t get why you can’t offer others who do believe the same courtesy.

#23 Posted by pellinore 1 month ago

What do you make of this. Convincing?:

UFO researchers hunt for photographer be...
United States and the Americas