Loch Ness Monster is not a giant eel, mathematician claims 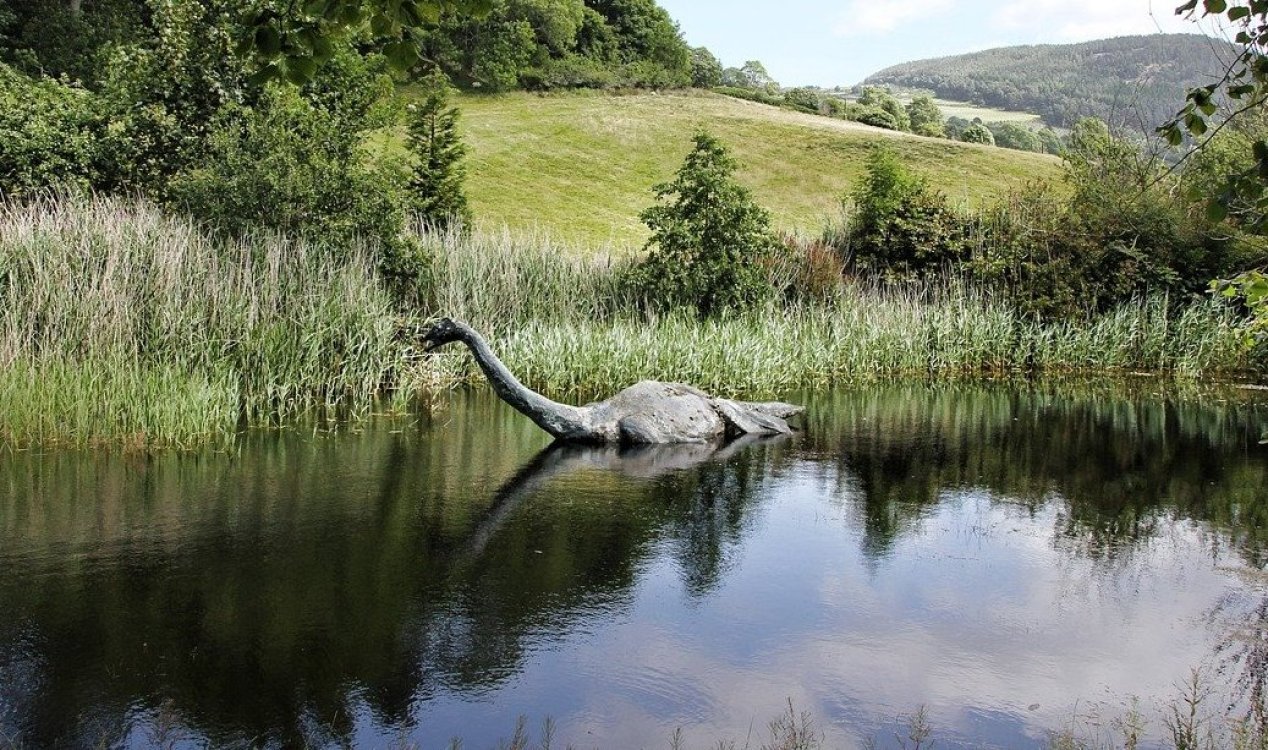 A model Nessie found at Drumnadrochit. Image Credit: Pixabay / GregMontani
One expert has called into question the theory that the Loch Ness Monster is actually a type of giant eel.
Back in 2019, New Zealand geneticist Professor Neil Gemmell revealed the results of a biological study which involved analyzing the DNA contained within 250 samples of water collected from Loch Ness to determine exactly what type of animals are living there.

Part of the study involved investigating the validity of various monster hypotheses such as whether or not the infamous creature could be a prehistoric reptile, a sturgeon or a giant catfish.

In the end, the study findings indicated that the most likely candidate for the Loch Ness Monster was a giant eel - a plausible explanation given that there have been sightings of large eels in the loch.

But how large would an eel need to be in order to be mistaken for a monster?

"Some eels may account for purported sightings of somewhat large animals at the loch surface," he wrote. "Over the course of a few generations, an eel one meter in length may be expected."

"However, this is not quite the 'monster' postulated."

So could this mean that the Loch Ness Monster - if it exists at all - is definitely not an eel ?

#2 Posted by MysteryMike 13 days ago

"Loch Ness Monster is not a giant eel, mathematician claims" Thank God for that.   I still would like for him to show his work.

I would also suspect that the Loch Ness monster is not  an aquatic elephant, although it would explain the hump, and the trunk could be mistaken for a neck..  If we have to do this by the process of elimination, we will be at it a long time.

And other stuff, but not a monster in the way some want to claim. When i was a kid in orlando the old fishermen told me lots of tales they said catfish could get bigger than me and over 100pounds in the lake we hung at, it was almost 1 mile excatly around like adare, So i asked how do i catch one, i end up with an old surf fishing rig, wire leader and a big chunk of scrap meat from the butcher, i cast it out there like that day after day and nothing. One day i cast it out and something grabbed it, the line is running off that old big salt water reel, i put on the drag and something is hooked, ... [More]

#7 Posted by Unusual Tournament 11 days ago

Separately, in various combinations or all together at once?

Ridiculous headlines, and conclusion from the data which the author analyzed with the fervor of a 4th grader. https://i.dailymail.co.uk/1s/2023/01/23/10/66864503-11665753-image-a-28_1674468663184.jpg Anguilla anguilla doesn't get 20ft long...so we need a distribution to show that the likelihood one would get to be 20ft is zero?  Who said Nessie was Anguilla anguilla?  This guy has a PhD.  Someone find the pub this guy is at at knock the pint out of his hand.  Whatever is in Loch Ness, I hope it remains unknown and is spared humanity's collective idiocy.