Is this statue really crying tears of blood ? Image Credit: YouTube / LA GACETA Salta
Hundreds of people have been flocking to Argentina to witness what some are calling a modern miracle.
The figurine, which belongs to a family in the country's Salta province, attracted a great deal of attention after its owners revealed on a local radio station that it had been crying tears of blood.

But are the tears really a miracle ? Priest Julio Rail Mendez, who believes that the statue should be properly investigated by the church, has warned that people should not jump to conclusions.After all, crying statues have been cropping up everywhere over the last few years.

"The first thing the church does is to do a scientific analysis to see if there is a natural explanation," he said. "Only then, the possibility of a supernatural phenomenon is considered."

A news report about the statue can be viewed below. While the dialogue is in Spanish, the footage includes several shots of the figurine itself as well as of visitors flocking to catch a glimpse of it.

I doubt that very much.  Cynical much?

Wow, i sure understood that video, thanks

#40 Posted by Silent Trinity 5 years ago

#41 Posted by WoIverine 5 years ago

I'd be curious to see an analysis of the blood. What type, human, animal, etc. 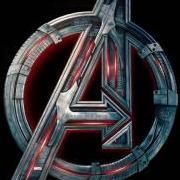 Means a demon is coming; a big one... at least it does in the show Supernatural

#43 Posted by ChaosRose 5 years ago

Why yes, thank you. Lol.

#44 Posted by ChaosRose 5 years ago

#45 Posted by ChaosRose 5 years ago

Lol...well they wouldn't have much of a show if it didn't mean that.

#46 Posted by Opus Magnus 5 years ago

Something interesting, I found is a story in the Apocrypha.  It's a story about Daniel and the priests of Bel, they are basically doing this this with their statue of the god Bel.  They had something like the statue would eat things on it's own, the offerings they left, and all the people were amazed.  Though, it turned out the priests of Bel had a trap door in front of the statue that would open and take the food, and I think there were also other things like fireworks.  I don't remember it all, but I think Daniel exposed them in the story.  I'm not sure about the accuracy, because these book... [More]

#47 Posted by HollyDolly 4 years ago

Best thing to do is as Father Mendez says, subject it to scientific testing. Is it real human blood? If so, does the DNA match any of the family members who own the statute, if not then something extrodinary is going on.

An argument in favor of Chronophobia.
Extraterrestrial Life and The UFO Phenomenon