Woman gets her hand stuck inside a toilet

How utterly embarrassing. Image Credit: YouTube / Nicole Mullins
Firefighters ended up having to take the toilet outside after the hapless woman became totally stuck.
The peculiar incident took place on April 12th when Texas resident Gracie Henderson discovered that her toilet had become clogged shortly after moving in to her new house.

Lacking a plunger and with nobody else around to help her, she decided to try using her bare hand to unclog the toilet by reaching in to the U-bend and clearing out the obstruction.Her idea didn't go quite according to plan however when her watch became snagged on something and she found herself completely unable to extract her hand from the pan.

It would take the efforts of a local fire crew to eventually free her, a task that necessitated removing the entire toilet from the bathroom and taking it outside on to the grass so it could be dismantled.

<< Previous story
Scientists unravel how and when people dream

#12 Posted by White Zombie 6 years ago 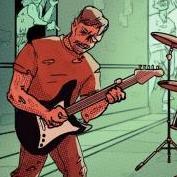 Now you know why plumbers charge so much

I love the last line in the story : Henderson's friend, Nicole Mullins, managed to capture the whole thing on camera.    Like any good friend would do

#14 Posted by Hammerclaw 6 years ago

This is news?!??!? Makes me look forward to this year's inevitable TIGHAR  Amelia Earhart stories.

Could be worse.   Could be a story about a pigeon.

My hubby just happens to be very good at figuring out how to fix things.

#17 Posted by Hammerclaw 6 years ago

Man, I hope she washed her hands after that...

#19 Posted by freetoroam 6 years ago

Hmmm....well that was embarrassing, what to do? Oh i know, post the video on line for the world to see and then talk about it after.

#20 Posted by BiffSplitkins 6 years ago

She probably couldn't figure out why the firefighters wouldn't shake her hand when she went to thank them for getting her out of that crappy situation.

No way I could never stick my hand in a toilet