Rumors of the alleged possession spread like wildfire. Image Credit: sxc.hu
A garment factory in Cambodia was recently at the center of a case of mass hysteria involving 35 workers.
The incident, which occurred in a factory at the Canadia Industrial Park on Monday, was sparked by a rumor suggesting that one of the workers had become possessed by a ghost.

One by one, the other employees reportedly started to faint upon hearing the news and had to be taken to a private clinic to recover. By the time the day was over, 35 of them had taken ill.

"There was news spreading amongst the workers that one of them was possessed by a ghost spirit and was yelling for chicken to eat," said Bun Van, chief of the Coalition of Cambodian Apparel Workers Democratic Union. "This information scared the other workers and they started to faint one by one.""All of them were sent for treatment at a private clinic near the garment factory."

According to Mr Van, this is not the first time something like this has happened either.

"At some garment factories in Canadia Industrial Park it happened more than ten times already," he said. "Some workers were brought to Takeo province to see Khmer magic sorcerers."

"In a few cases, owners of factories bought chickens to sacrifice at pagodas."

#2 Posted by OverSword 5 years ago

#3 Posted by The Silver Thong 5 years ago

At first I thought it said Canada and was wth.

#4 Posted by paperdyer 5 years ago

They felt the power of the, ehhhh...Ghost! All they wanted was a Chic-fil-A nearby or a KFC.

#5 Posted by Stubbly_Dooright 5 years ago

#6 Posted by solid 5 years ago 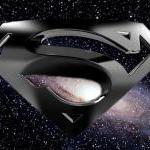 This is how you make the employers do what you want them to do.. fake the ghosts

#7 Posted by Crystal Rose 5 years ago

If it isn't some airborne poison or disease, then it would be a minor god not a ghost. Ghosts don't ask for sacrifices.

#8 Posted by simplybill 5 years ago

"....yelling out for chicken to eat...." Was it the ghost of Colonel Sanders?

#9 Posted by Ashyne 5 years ago

What's so frightening about a ghost who wants to eat chicken?

Mass or collective hysteria has a long documented and rather amazing history reflective of how we react to shared events. But, that aside, there exist a number of rather toxic chemicals that are used in the garment manufacturing, such as formaldehyde, NPC, PFC. These can cause neurological disorders. Consider too that about one percent, or 1 in 100, of the population deals with schizophrenia, whose symptoms may include delusions and hallucinations, that typically emerges in young adulthood. Environmental issues have been considered as one of the contributing causes of schizophrenia. Perfect st... [More]

#11 Posted by quiXilver 5 years ago

4 in 10 people worldwide believe in witc...
Cryptozoology, Myths and Legends