Galapagos finches are also known as Darwin's finches. Image Credit: CC BY-SA 4.0 RuyCalderon
For the first time ever, it has been possible to directly observe one species evolving in to another.
For decades, researchers have been observing the entire population of finches on the small Galapagos island of Daphne Major which has long served as a haven for wildlife.

In 1981 the large cactus finch - a visitor to the island - fathered fertile young with one of the native finch species and now, over three decades later, this bird's progeny number around 30 individuals.These new finches are now sufficiently different from the original native finches to be considered a new species, meaning that they have arisen within a mere two generations.

What's more, for the first time, scientists have had front row seats to the entire thing.

"It's an extreme case of something we're coming to realize more generally over the years," said Professor Roger Butlin. "Evolution in general can happen very quickly."

8 billion people: how evolution has made our species so successful
11-20-2022

New US legislation could revolutionize study of UFOs
11-10-2021

I think that observation was made in cheetahs too. 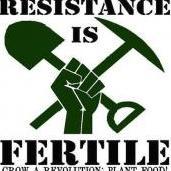 #3 Posted by Timonthy 5 years ago

This is far more significant, maybe read the article.  Welcome to UM.

#4 Posted by DieChecker 5 years ago

So then, morphological difference alone (and not the ability to interbreed) can differentiate species?  The article says these descendants of the one finch are bigger and able to exploit food sources that the native birds can not. It says that the native finches will not interbreed with this bigger finches due to difference in their mating songs. BUT... Since there is only like 30 of these finches, doesn't that mean there will be a lack of genetic diversity and thus, they could end up dying out relatively quickly as a species?

Not necessarily, i mean hillbillies and old timely royalty, am i right?

#6 Posted by Black Monk 5 years ago

They were the finches that Darwin saw when he arrived on the islands in the 1830s onboard the Beagle, which led to him coming up with his Theory of Evolution.

#7 Posted by DieChecker 5 years ago

You mean the backwoods mutants and the pale bleeders?  No sir, no genetic disadvantages there.....

That's how red factor canaries came about gradually crossing the young of red hooded siskins to canaries the back crossing eventually along came red factors, it's going on now amongst breeders to revive London fancy some although it's a bit more complex than that

i meant that they could survive, not that it'd be pretty

The coming CBDC and "programmable" money

Trump to announce 2024 run
Extraterrestrial Life and The UFO Phenomenon

Ancient human skull found in China could...
UK and Europe