Why does this car appear to be invisible ? Image Credit: Reddit / Tittzo
The photograph, which was posted on Reddit, shows a car with so much shine that it appears almost invisible.
The owner of the car, which despite appearances is actually black, did such a good job of washing and polishing the vehicle that it ended up looking almost indistinguishable from its surroundings.

Social media users have been quick to point out similarities between the vehicle in the picture and a cloaked Klingon vessel from Star Trek as well as the alien from the Predator movies.The image has also prompted references to Harry Potter's invisibility cloak.

In reality however, the reason the car appears invisible is due to a combination of the lighting conditions, the angle the picture was taken and the fact that the camera is so close.

One of the vehicle's tyres, which is non-reflective, can clearly be seen on the left.

This black car looks like a mirror after being washed. from r/mildlyinteresting

#9 Posted by Stiff 4 years ago

I saw the car straight away. Then again, I paint cars every day for a living so I'm used to looking at paintwork from this angle to look for scratches and dents, lol Cool pic though! I might have to try something similar when I next do black

#10 Posted by woopypooky 4 years ago

why would anyone want an invisible car? hazardous on the road.

#11 Posted by Michael Walker 4 years ago 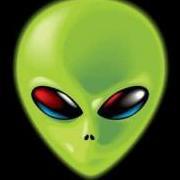 Can't see a car or tire period...      After stareing at the pic for like 5mins finally able to see car

I have some doubts about this image... Does anyone have a series 5 beemer?  duznt havta be black.. if so, would you mind taking a few shots of both the front and back, trying to get your camera up very close to match the image being presented? From what I can Google about the 5 series, the door handle (?) looks wrong, and there are other problems.  It is also very curious that there are no other shots of this vehicle, either at reddit or at what appears to be the source: https://www.instagram.com/niftynicholsdetailing/  (a free ad for them!) .. you'll need to scroll down about 1/4 of the way t... [More]

To be fair, I don't think it is photoshopped ChrLzs. Finishes like this on a car are pretty easy to achieve when you know what you're doing and the rest is just playing around with angles and lighting. Obviously, having a decent camera and knowing what you're doing will help massively. Unfortunately, unlike yourself, I don't really know much (ie - nothing) about cameras and the wizardry that surrounds them   There's a couple of other shots in the link you provided that have been done similarly (in fact one of them looks even more invisible than the op's)       Saying that - the first pic of th... [More]

I think it's mirror, then door handles, then lettering, if that helps..  But similarly, if you look at the OP pic, look at where the 'handle' (??) is - behind the door and above the wheel well?  OK, it's hard to be sure what we are seeing or even if it's the front or back of the vehicle, but there's enough 'strangeness' here to make me wonder.  There's a few other issues and another major aspect that can be checked, but I haven't yet had time as it's a bit complicated (ie the geometry of the reflections). It'll have to wait until I have more time (and I have a few other projects already queued... [More]

Agreed. Im a painter as well and saw it as a pretty typical black reflection. If the lights right the paintwork doesnt even need to be good to pull this off in a photo

Just briefly, to explain my problem with the image, you'll note that the majority of the side panel reflection is relatively undistorted - it's only at the bottom edge that there is any noticeable stretching/distortion of the image, and it isn't much. But if you look at this page on the BMW 5 series vehicles, all of the doors that I can see have very pronounced and quite deep curves running horizontally along the door panels.  While I haven't done the required geometry checks to check it fully.. I find it hard to reconcile those curvy doors with that pretty flat reflection - plus that door han... [More]

Yes but you need to take into account a couple of things. First of all the  wiki article states the 5 series has been in production since 1972 and the shape has changed drastically over the years. Do we have the year of manufacture of the car in question? If its an earlier model they were very slab sided in comparison to the photo of the more modern bmw on wiki.  Secondly perhaps the photo is taken below the door handle? Or has this car been built and modified? Shaved door handles? I can tell you now those panels are very straight and Im betting someone's spent a lot of hours straightening tha... [More]

4 in 10 people worldwide believe in witc...
Palaeontology, Archaeology and History