The image depicts Jesus with short hair. Image Credit: Facebook / Dror Maayan / University of Haifa
Archaeologists have partially reconstructed a 1,500-year-old depiction of Jesus when he was a young man.
The 6th-century image, which is so weathered that it is barely visible, was discovered on the wall of an ancient Byzantine church in the village of Shivta, Israel.

It is considered to be an important find because depictions of the young short-haired Jesus, while common in Egypt and Syro Palestine, were very rarely found in later Byzantine artwork.

The reconstruction of the image was put together by researchers at Israel's University of Haifa.

"The figure has short curly hair, a prolonged face, large eyes, and an elongated nose," the study authors wrote. "The neck and upper portion are also observable.""To the left of the figure, another, much larger face surrounded by a halo is visible. Paint traces throughout the apse suggest that these faces were part of a wider scene, which could contain additional figures."

With enough time, it should be possible to reconstruct more of the original image.

"It is the only in situ baptism-of-Christ scene to date confidently to the pre-iconoclastic Holy Land," the study authors wrote. "Therefore, it can illuminate Byzantine Shivta's Christian community and Early Christian art across the region."

What an amazing discovery: an early depiction of #Jesus as a young man has been discovered in a 6th century Byzantine church in the Negev Desert!

#1 Posted by Piney 4 years ago

and they know this how? It looks like Greco-Roman graffiti to me. Maybe a self portrait.

#2 Posted by Ozymandias 4 years ago

500 years after he lived! Is it a good likeness?

#4 Posted by Carlos Allende 4 years ago

All a ploy to get Michael Cera a gig playing Jesus.

#5 Posted by poohbear 4 years ago

#6 Posted by Black Monk 4 years ago

Because it's in a church.

#7 Posted by Piney 4 years ago

So? There is graffitti all over churches from that era. Unless it was labeled they can't say. It could of been even the priest who served there drawn by a follower.

#8 Posted by FlyingAngel 4 years ago

So now every ancient visage will be referred to Jesus to get media attention..?

#9 Posted by Razumov 4 years ago 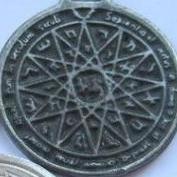 https://journals.plos.org/plosone/article?id=10.1371/journal.pone.0185149 The apse mosaic of the Transfiguration scene from St. Catherine monastery in Sinai   VIL image of the southern apse and the painted area. The VIL imaging of the upper part of the apse reveals very substantial details that are invisible to the naked eye and have never been detected before. The numbers indicate the rays of light. The stone blocks contour was added in order to give a better orientation where the rays and figures are located in the apse . Superimposed image of the southern apse. This image shows a photograph... [More]

Hundreds of Indonesian fruit pickers in ...
Extraterrestrial Life and The UFO Phenomenon