The light show was nothing if not spectacular. Image Credit: NASA
A recent NASA rocket launch produced a strange and rather spectacular light show in the skies over Norway.
The phenomenon, which was sighted on April 5th, resembled a game of Space Invaders with various brightly-lit clusters of shape and color appearing over Norway's northern skies.

As it turned out however, the spectacle had nothing to do with extraterrestrials at all and was in fact a dual rocket launch by NASA designed to study the flow of winds in Earth's upper atmosphere.

Known as Auroral Zone Upwelling Rocket Experiment (AZURE), the launch targeted the planet's ionosphere with chemical tracers containing trimethylaluminum and a barium/strontium mixture.They were released between 71 and 155 miles above the Earth's surface.

"These mixtures create colorful clouds that allow researchers to track the flow of neutral and charged particles, respectively," NASA wrote.

"By tracking the movement of these colorful clouds via ground-based photography and triangulating their moment-by-moment position in three dimensions, AZURE will provide valuable data on the vertical and horizontal flow of particles in two key regions of the ionosphere."

"Such measurements are critical if we are to truly understand the effects of the mysterious yet beautiful aurora."

Aurora discovered outside our solar system
7-30-2015

#4 Posted by esoteric_toad 3 years ago

It actually was an alien invasion....this is just another cover up by the evil gummit. /s (just in case it wasn't obvious).

#5 Posted by AllPossible 3 years ago

There is alot of potential in disrupting the Ionosphere because it plays a big role in communication. If you can harness it, manipulate it, then you maybe able to interfere with communication and possibly use it as a weapon.. There's been plenty of study's done on it, of course alot of it is classified. They know it's potential and that's why China built a similar version of HAARP.

#6 Posted by bison 3 years ago

The military HAARP program was shut down in 2014. Ownership of the facility was transferred to the University of Alaska in 2015. The military interest in HAARP was always about high frequency radio propagation, via the ionosphere. With more and more radio traffic switching to Very High and Ultrahigh frequencies, which aren't significantly affected by the ionosphere, and to satellite relays, the importance of enhancing or impeding high frequencies is fading all the time. There is another purely scientific project to study the Earth's ionosphere with radio waves, called EISCAT. It is located in ... [More]

#7 Posted by Timothy 3 years ago

@AllPossible, that’s a bit of a nothing answer then.  Also, what about Tesla? Did he even know about it? I don’t think so...

#8 Posted by AllPossible 3 years ago

Didn't he use the Ionosphere for transmission through the Wardenclyffe Tower?https://en.m.wikipedia.org/wiki/Wardenclyffe_Tower

#9 Posted by Timothy 3 years ago

I don’t think so. That link doesn’t suggest it either.  He had grand ideas and was a hard worker, but that’s about it in this case. 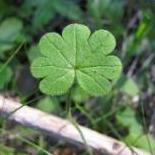 He would have just known it to be part of the aether. Not sure how much was known about the layers of our atmosphere back when Telsa was in his prime.

IF the picture are indeed real, it's hard drug level hallucination !

winds in Earth's upper atmosphere?? lol Never A Straight Answer I don't believe it has ANYTHING to do with wind research

Are you saying there are no winds in thermosphere?

At least 46 bodies found in 18-wheeler i...
Modern Mysteries, New Age and Prophecies

The Alcatraz great escape: Did they surv...

Canister found in hunt for long-lost Naz...
UK and Europe