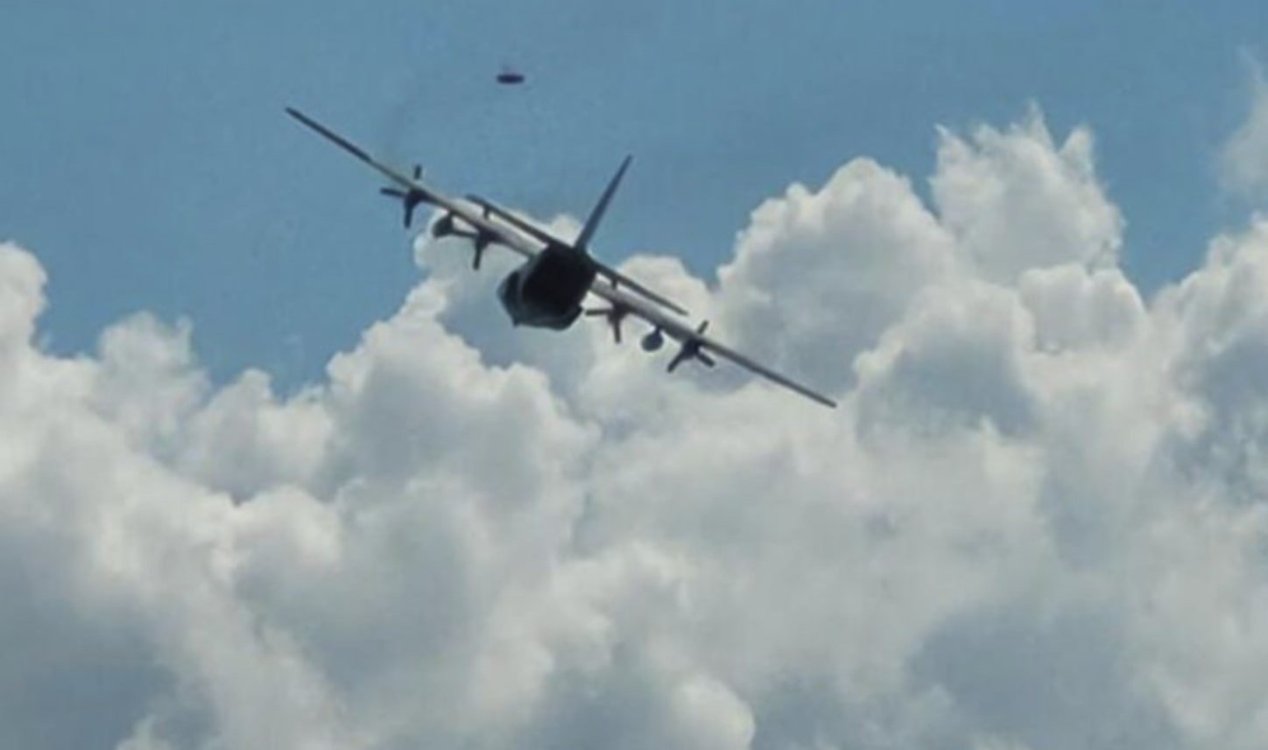 Image Credit: Charles Morose / Facebook / Anna Maria Island Sun
The mysterious object, which zoomed off at high speed, was seen in the vicinity of a Coast Guard plane.
Bradenton Beach Police Officer Charles Morose had been on patrol along Coquina Beach on the morning of November 5th when he spotted something strange in the sky.

"I saw a Coast Guard plane flying over the bay, then I watch them turn back toward the Gulf," he said.

"I thought what the heck is that as I look up and saw a big black thing in the sky. I'm estimating based on the size of the plane in the sky, it was at least the size of a car, or maybe a small aircraft."

As he looked on, the plane seemed to change course as if it intended to attempt a pursuit.

As it did so, the object - which had been mostly stationary up until that point - suddenly changed direction and sped off with an incredible and seemingly impossible burst of speed."That thing had to be moving at least 500 mph," said Morose.

"It just shot off like a rocket toward the horizon and it was just gone."

As things stand no explanation for the sighting has been forthcoming, but Morose remains adamant that it was certainly no drone.

The Coast Guard, meanwhile, has declined to confirm that the incident even took place.

<< Previous story
T.rex may have been nearly twice the size, new study suggests

#3 Posted by qxcontinuum 14 days ago

#4 Posted by Hammerclaw 13 days ago

Of course i dont know what it really is past at this point an alleged pic of a plane with an extra blurry thing in the shot, typical we only have a story no collaborative info, that area isnt dead and no way this would be the only pic of the event.

Everyone knows how honest and upstanding police officers are, who would doubt this

A few of the more riduculous UFO/alien tales do come from cops.

#9 Posted by DieChecker 8 days ago

I was in Bradenton a summer ago, and it is indeed crawling with tourists and OLD people. And every third person has a camera. If it was visible from the beach, I imagine a ton of people would have seen it and snapped pics. My guess is some kind of balloon. LOTS of parties in that part of the world. Stays warm all year round. Lots of drunks too. A big balloon getting loose would... should... be a daily event.

The theme parks here sell all kinds of balloons some have led lights inside and look wild, out in the Kissimmee area is all kinds of that junk floating around.

Ok, so there's only the photo and officer's allegations? Yeah, no. I would kindly say that's not really good evidence and requires more information. I would also ask if there's any corroboration from the plan's pilot/crew. Maybe there's a radar return of this alleged object? Where are all the corresponding statements and data?  *sighs* More of the same. Throw this in the bin with the rest of unsubstantiated claims.

The Coast Guard isn't wasting oxygen on the story.