The death ship of the south seas

Image Credit: Malene Thyssen While unfathomable tales of ghostly ships and recondite accidents at sea have always clung to traditional folklore, the case of the S.S. Ourang Medan remains one of the most ominous and unsettling. It began with the tracing of a morbid distress call and ended with the discovery of a foreboding vessel littered with human cadavers which soon burst into flames. A ship from the Netherlands? Or one from the Netherworld?

According to popular accounts, in June 1947 ( or according to some sources February 1948 ) several ships traveling the trade routes of the Straight of Malacca and the City of Baltimore intercepted strange S.O.S calls from an unknown ship. The message was as follows:

"All officers including captain are dead lying in chart room and bridge. Possibly whole crew dead." Then there was an indecipherable Morse code, and a ringing final message: "I die." Then silence.

The intimidating message was picked up by several ships and both British and Dutch listening posts. The alarmed men traced the source of the signals to a Dutch freighter called S.S. Ourang Medan in the Straight of Malacca. The closest ship to that location, the American merchant ship S.S. Silver Star, was informed of this strange turn of events and changed its course to investigate.

The crew of the Silver Star cried out to the Ourang Medan, but there was no reply. The Captain of the Silver Star formed a search party and took his men aboard to find out what had happened. To their horror, the entire deck was littered with the carcasses of its crew, their faces bursting with agony, eyes gaped wide, hands pointing towards an invisible assailant. The Captain's corpse was found on the bridge while those of his officers were found in the chart room and the wheelhouse. The communications officer lay dead at his post. More bodies were found in the boiler room and the ship's dog lay dead on the deck. No sign of physical injury, cuts or bruises, or any sign of violence in the ship itself could be found.

As the Americans were about to tow the ship back to port, smoke was seen rising from the S.S. Ourang Medan. Within seconds there was a huge explosion and the dumbstruck crewmen of the Silver Star saw the otherworldly ship sink into the depths of the sea. The Ourang Medan was never seen again.

Despite the nature of the incident, no official mention was made until 5 or 6 years later when the "Proceedings of the Merchant Marine Council", published by the U.S Coast Guard detailed the entire event.

Government Conspiracies Author and historian Roy Bainton was one of the first scholars to invest labor and money in to pursuing the whereabouts of the "Death Ship". He looked into the Lloyd's Shipping Register and the Dictionary of Disasters at Sea (1824-1962) and also approached the United Kingdom Admiralty, the Registrar of Shipping and Seamen and the National Maritime Museum. To his despair, he found no sign of the S.S. Ourang Medan anywhere. Even the Dutch shipping records proved useless.

Finally Bainton was approached by Professor Theodor Siersdorfer, a German fellow who had been investigating the case for decades. Theodor showed Bainton a paperback titled 'Das Tolenschiffin der Sudsee' or 'Death Ship in the South Seas'. This booklet, authored by Otto Mielke, informed Bainton of Ourang Medan's engine, mechanism, capacity, route and even the captain's name. It also recorded the date of the tragic occurrence - June 1947. It was found that Ourang Medan was a name derived from Indonesian words translating to "Man from Medan", where Medan is a city in the Indonesian island of Sumatra. The book even hinted that the Ourang Medan was being illegally used for smuggling cargos of potassium cyanide, nitroglycerine, nerve gas and biological weaponry manufactured by a notorious gang of insane Japanese scientists.

Bainton suggested that these scientists were members of Unit 731, a Japanese R&D unit aimed at developing terrible weapons of chemical and biological warfare, founded by bacteriologist Shiro Ishii. The organization received the support of many superpowers of the time, and even the U.S. government, who covered up its secrets in return for defense technology. Thus Bainton speculated that while the cargo carrying these malicious substances was sailing in the seas, water came in contact with the poisonous gases, causing the entire crew to suffocate to death and as the Silver Star search party approached, the salt water reacted with nitroglycerine causing the explosion. Thus after this incident, the U.S. government was responsible for erasing the records of the ship from registers and other official documents. But if chemical poisoning was the cause, wouldn't the Silver Star crew be affected by the same poisonous gas too?

Many have come up with absurd theories like an attack by sea wraiths, a ship of undead pirates or perhaps the most ridiculous - UFOs (I see no reason why a group of super-intelligent ETs would become hostile to a Dutch freighter!). However, there is at least some credibility in paranormal theories as no apparent natural or scientific cause for the deaths could be found. Also, many corpses were seen pointing towards an unseen enemy.

The fact that there are no official records of the ship has lead many to believe it never existed and that the story is nothing but an old wives' tale.

A maintenance failure in the ship's boiler system may have caused a leakage of carbon monoxide gas, which, after causing the entire crew to suffocate to death, caught fire setting off the explosion.

Although not as reputed as the Flying Dutchman or Mary Celeste, the case of the Ourang Medan is as equally terrifying and thought-provoking.

Perhaps some mysteries are better off left unsolved.


My name is Ritoban Mukherjee. The paranormal and morbid are my hobbies. I am a student and the author of a spooktacular paranormal and occult blog named All About Occult. Do visit my blog for bloodcurdling articles on morbid mysteries, dark religions, urban legends, aliens, afterlife, haunted locations and parapsychology.

#1 Posted by Jilliman 9 years ago 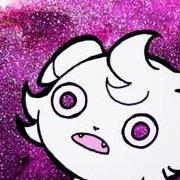 Carbon monoxide poisoning followed by a gas explosion. The rescue party was not there long enough to have been affected. Still creepy though.

#2 Posted by Robin_Shadowes 9 years ago

Has anybody dived to the wreckage or is that gone too?

#3 Posted by spud the mackem 9 years ago

I remember going up the English Channel to Rotterdam one summers evening,when we had to change course quickly as there was a ship heading straight for us, it was Panamanian registered,but looking through the binoculars,we found no one on the Bridge and no one on deck. Other vessels reported this as it was in the wrong sea lane, going against the traffic.

What a mind boggling article. The sea holds many secrets and mysteries .

The ship does not show up on any register or charter, good chance the entire story is bogus. If it is true, one missionary claims to have spoken to a survivor that died soon after, and from that information, it seems that the cause for all the deaths was dangerous cargo, perhaps even nitroglycerin which would cause the explosion on contact with seawater.

#6 Posted by LucidElement 8 years ago

I never heard of this, thanks for the article, I will look further into it tomorrow. Mary Celeste has always been my favorite mystery, but this one is just as intriguing..

Biden stands with Muslims after 'horrifi...
Science and Technology

Peer review: a flawed process at the hea...

Science is one step closer to understand...
Spirituality, Religion and Beliefs

Is it God or distraction from self?

The comprehensibility of God
Other World News

Man steals so he can get arrested becaus...

Someone has graffitied 'aliens exist' on the Pantheon in Rome