The artifact genuinely does look like an iPhone case. Image Credit: Instagram / Pavel Leus
A belt buckle exhibiting a surprisingly familiar shape has been discovered at a dig site in southern Siberia.
Dating back 2,100 years, the intriguing rectangular artifact was found in the grave of a woman at one of two burial sites in the Siberian territory of Tuva near the Mongolian border.

The area is particularly notable due to the fact that it is submerged in water for several months a year.

The discovery later went viral after archaeologist Pavel Leus posted up photographs on Instagram demonstrating that the object, which is actually a belt buckle, looks rather a lot like an iPhone case.Measuring 7 inches long by 4 inches across, the buckle is actually made of a type of gemstone known as jet and is inlaid with a number of small mother-of-pearl, carnelian and turquoise beads.

It has been nicknamed "Natasha's iPhone" after the name assigned to the woman in the grave.

"Burials at both sites include many decorations for belts and clothing, beads, pendants, earrings, Chinese wu zhu coins, and Western Han mirrors and their fragments," the study authors wrote.

#1 Posted by Piney 3 years ago

#2 Posted by Stiff 3 years ago

It's not the first time these smartphones have shown up in the wrong era.

#3 Posted by Stiff 3 years ago

#4 Posted by MissJatti 3 years ago

#5 Posted by AllPossible 3 years ago

They also found a pay phone in the same location.

#6 Posted by Berwen 3 years ago

I fail to see any connection to what was found and a cell phone. I guess the next thing to appear will be a 50" wide screen still running.

#7 Posted by Gwynbleidd 3 years ago

Well, it does seem huge for a belt buckle unless it was some sort of armor perhaps.  I really don't know.  It's rather extraordinary though. 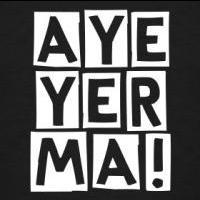 So...because it's a black rectangle it's automatically associated with an iPhone? I'm tired of this planet.