Sen. Marco Rubio would prefer UFOs to be alien

What if the USS Nimitz UFO was of terrestrial origin ? Image Credit: US Navy
The Florida senator recently offered up his own thoughts on the presence of anomalous objects in US airspace.
Rubio, who is acting chairman of the Senate Intelligence Committee, is certainly no stranger to the topic of UFOs having asked the heads of America's intelligence agencies to compile all their data on the subject just last month.

During a recent interview with CBS reporter Jim DeFede, he commented on the declassification of three US Navy pilot videos of unidentified flying objects in US airspace.

While the footage, which made headline news and remains one of the most significant developments in the field in some years, certainly seems to show something unexplained, the question of exactly what these objects are and where they come from has long been on Rubio's mind."We have things flying over our military bases and places where we're conducting military exercises and we don't know what it is and it isn't ours," he said.

"Frankly, if it's something outside this planet that might actually be better than the fact that we've seen some sort of technological leap from the Chinese or Russians or some other adversary that allows them to conduct this sort of activity."

"That to me is a national security risk and one we should be looking into."

#19 Posted by SeekTruth 2 years ago

Has it been proven that the Hessdalen lights are plasma?

Project Hessdalen 1984 - Final Technical Report   http://www.hessdalen.org/reports/hpreport84.shtml   Just a side note...Thinking about UFO eyewitness testimony and how their stories can change over the years.  I wonder how true my own memories are of that night at Long Beach airport?

#21 Posted by SeekTruth 2 years ago

Thanks. I'll take a look.   Do you have any reason to doubt your memory?

Not at all, thats exactly how I remember it and how I have always told that story... I think?  But still... Most of us know that human memory is notoriously unreliable, especially when it comes to details. Scientists have found that prompting an eyewitness to remember more can generate details that are outright false but that feel just as correct to the witness as actual memories. Just google False Memories and you will see what I meen...

#23 Posted by SeekTruth 2 years ago

Fascinating stuff.  Bear with me as I ask some questions that may expose me as an ignoramus on the issue (I don't claim to not be one!).  Can plasma be detected by radar?   Also, the study does not conclude that the lights are plasmoids.

#24 Posted by OpenMindedSceptic 2 years ago

What a clever and witty response.... we haven't heard that one before.  Have you considered that IF you ever actually listened to the potential explanations and discussed them in good faith rather than offering smarm... that you might then improve your credibility and get a little closer to fulfilling your username?

#26 Posted by OpenMindedSceptic 2 years ago

Errrrrrrr, I'm pretty sure you haven't read the threads of conversation.... it was a witty response. lol 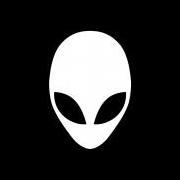 I was just thinking the same thing. I think aliens are a scarier scenario since they are probably not humans unlike the Chinese and Russians.

#28 Posted by Raptor Witness 2 years ago

Keep in mind, this is the same guy who kisses Trump’s ring, while his state sinks in to the depths of a Coronal nightmare.

Michael Avenatti sentenced to 14 years i...

Thrombosis and thrombocytopenia are rare...
Metaphysics and Psychic Phenomena