Loring AFB was visited by a number of UFOs in 1975. Image Credit: US Air Force
In a new documentary, former Senator Harry Reid has repeated his claims concerning UFOs and nuclear sites.
Perhaps the most concerning of all UFO incursions to be reported over the years has been the appearance of unknown objects within the vicinity of America's sensitive nuclear weapon sites.

According to Reid, who was a key figure in the US government's Advanced Aerospace Threat Identification Program (AATIP), such incursions demand further investigation - not just in the interest of identifying who or what is behind such objects, but also because any interference in the launch or operation of nuclear sites is a very serious matter.

"If they had been called upon by the president to launch [the nukes] they couldn't have done it," he said during an interview for new documentary The Phenomenon which came out this week.

He also reiterated his view that the US government should be doing a lot more to get to the bottom of the UFO mystery and to determine exactly what's going on.

"Nobody has to agree why it's there, but shouldn't we at least be spending some money to study this phenomenon?" he said. "Shouldn't we study the stuff?"

"The answer's yes. And that's all this was about. And why the federal government all these years has covered up, put brake pads on everything, stopped it. I think it's very, very bad for our country."Fortunately, however, things may finally be moving in the right direction.

Back in August, the Pentagon confirmed the existence of The Unidentified Aerial Phenomena Task Force (UAPTF) - a new endeavour designed to bolster existing efforts to investigate the UFO phenomenon under the Office of Naval Intelligence.

It stands to reason that investigating UFO incursions at nuclear sites would be a top priority for such an organization - however it is unlikely the results of such investigations will be made public.

"This includes examinations of incursions that are initially reported as UAP when the observer cannot immediately identify what he or she is observing."

Given we aren't making the claim, how about you be specific - which incident do you think is the most believable and attributable to other-worldly explanation only?

#32 Posted by Ironside 2 years ago 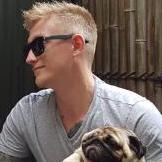 You are right, I haven't done my research on these events. I only vaguely remember certain events that may well be BS. I will have a read tonight and get back to you.. I just don't get why so many high profile figures are concerned about this subject but none of the public seems to be.

#33 Posted by Ironside 2 years ago

What's all this now?

Remember their audiences... they aren't the sharpest tools in the box..   If there's political mileage, or even just for a bit of 'any publicity'.... I've been in some very lengthy and painful conversations with some of those pushing (and refuting) these events, in particular the "Echo Flight" one.  A couple of those folks came to UM iirc, namely Robert Hastings and James Carlson, for some interesting interactions.. Grab a long cold drink, and start your journey here - scroll down to James Carlson's posts if want to go straight to the interesting bits:

#35 Posted by Ironside 2 years ago

Thanks Chrlz, Looks like good info. Give me an hour or three, its been a long monday....

You'll need a lot more than that, I'm afraid  .  James Carlson especially was .. umm, quite prolific in his expositions...!  Don't get me wrong, I really appreciate the huge effort he put into all of his investigative work.  But talk about a conflicting set of complicated tales... sheeesh...

#38 Posted by Ironside 2 years ago

#39 Posted by HollyDolly 2 years ago

The government ha known about UFOS for years. There were the Foo Fighters that were seen during WW2. I had a I think it was a Stars and Stripes. It was from the late 40s, early 50s. In the magazine was a photo of my dad and his boss shaking hands with a blurb about his new position in Buffalo. There was also mention in it of a UFO sighting. For the life of me, i can't recall where i put it, but it is at home some place. He was at NSA, late 1960s, early 70s. When he was there, the head of NSA at the time, tried to convince him not to retire and stay. Dad came right out and said no. Some how, I ... [More]

#40 Posted by HollyDolly 2 years ago

The Director asked my dad How do you know that, and he replied I have my sources too.

Click here to view all 40 comments on this story

Half a billion dollars worth of cocaine ...
Natural World