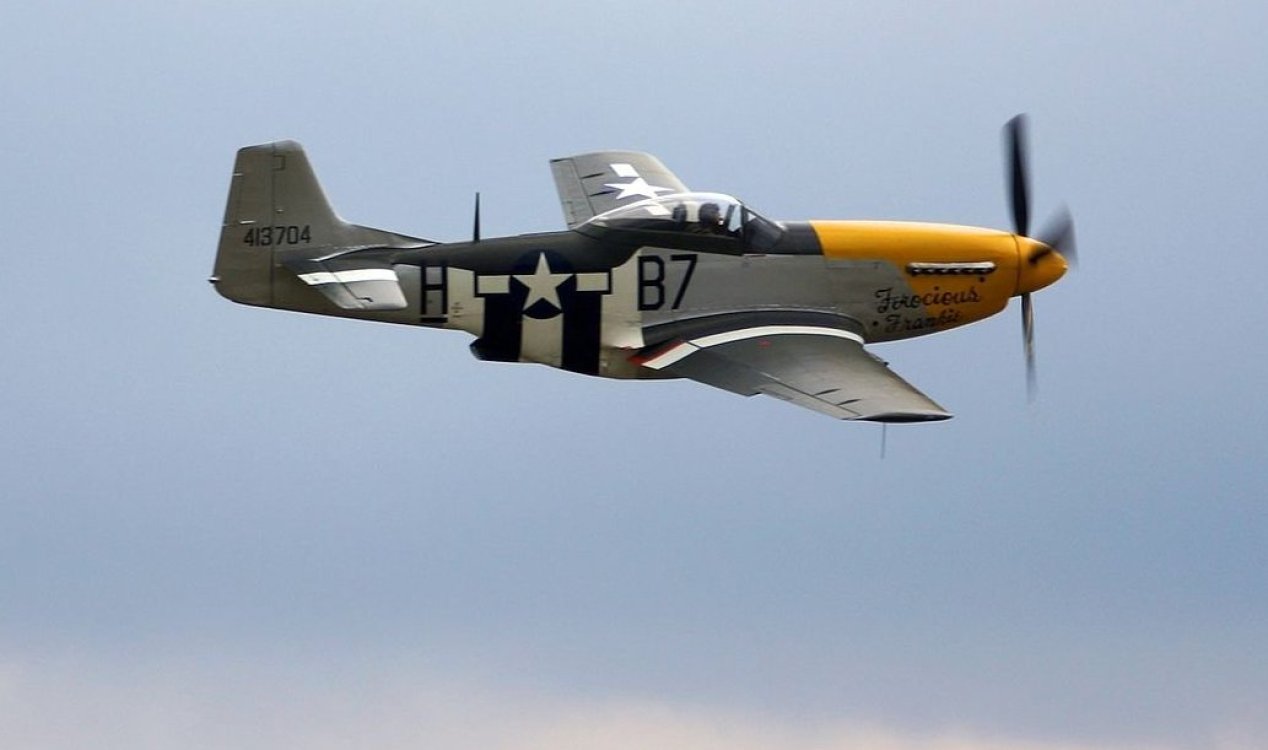 What was the object that Mantell pursued that day ? Image Credit: CC BY 2.0 Paul Hudson
Saturday marked the 75th anniversary of the death of pilot Thomas Mantell who crashed while pursuing a UFO.
Mantell, who saw action during Word War II as a member of the 101st Airborne Division, later served as a fighter pilot with the Kentucky National Guard during which he had an unexplained encounter that cost him his life.

The incident began on January 7th, 1948 when Kentucky State Police Highway Patrol started to receive calls at around 1:20pm in the afternoon about a strange object in the sky over Maysville.

Mantell was part of a group that had been tasked with venturing out to investigate the phenomenon.

When he, alongside his two wingmen, reached 15,000ft, they encountered an object described as "metallic" and "tremendous in size" that was moving at around half the speed of the planes.

"I felt a little shaky at 15,000ft because I realized we were supposed to take oxygen at 12,000," said Lt. B. A. Hammond who was one of the two wingmen accompanying Mantell that day.

"By the time I hit 22,000, I was seeing double. I pulled alongside Clements and indicated with gestures that I didn't have an oxygen mask. He understood the situation, and we turned back."Mantell, however, decided to stay the course, despite the oxygen situation.

At around 3:50pm, the object had disappeared and Mantell, who was thought to have blacked out due to lack of oxygen, plummeted from the sky and died a few minutes later.

In the months that followed, serious questions were asked about how this could have happened. The US Air Force, however, dismissed the UFO as little more than a weather balloon.

For many, including Mantell's grandson, this response was simply not good enough.

"For him to come back home from World War II and die the way he did was very painful, and the government has not done Thomas justice," he said.

"He wasn't some crop-duster joyriding who saw a UFO, he was instructed by Fort Knox to chase this thing and check it out."

<< Previous story
What will autonomous killer robots mean for the future of warfare ?

Childish scolding is what youve been doing in this thread, i replied to your ranting and raving. I dont bully anyone show me where i bully, if you dont like my posts you put me on ignore i dont have a problem with you, its an open free forum i dont mind others different opinions they dont set me off as they do you.

The warehouse or thing you saw was human manufacturer?

The ufo was made by human technology.

What gave you that impression?

I'm a known skeptic in this place; what is it you feel I'm skeptical of? It's most definitely not the 'possibility' of it. I think it's safe to say I speak for most skeptics on this. A story is still 'just a story' no matter who tells it. In fact, I'm less likely to consider a 'story' told by an x this/ former that/ retired (whatever) because IN MY OPINION their aim is to jump on the good ol' ufo/ aliens on this planet bandwagon in order to gain a little money & fame! Fravor is a good example of this.... I mean think about; how many people who are employed in 'positions who would know' com... [More]

#25 Posted by Hankenhunter 11 days ago

You said it yourself. Your opinion.

yeah great reply... so i'll politely ask you again: you're the one moaning about skeptics... i'm asking out of interest due to your hissy fit in here,, you don't have to reply of course. it's up to you

Done. If anyone sees hanken post anything worthy of reply or rebutall, can you repost it?  Thanks.

I assure you no one will be reposting his cry baby tripe.