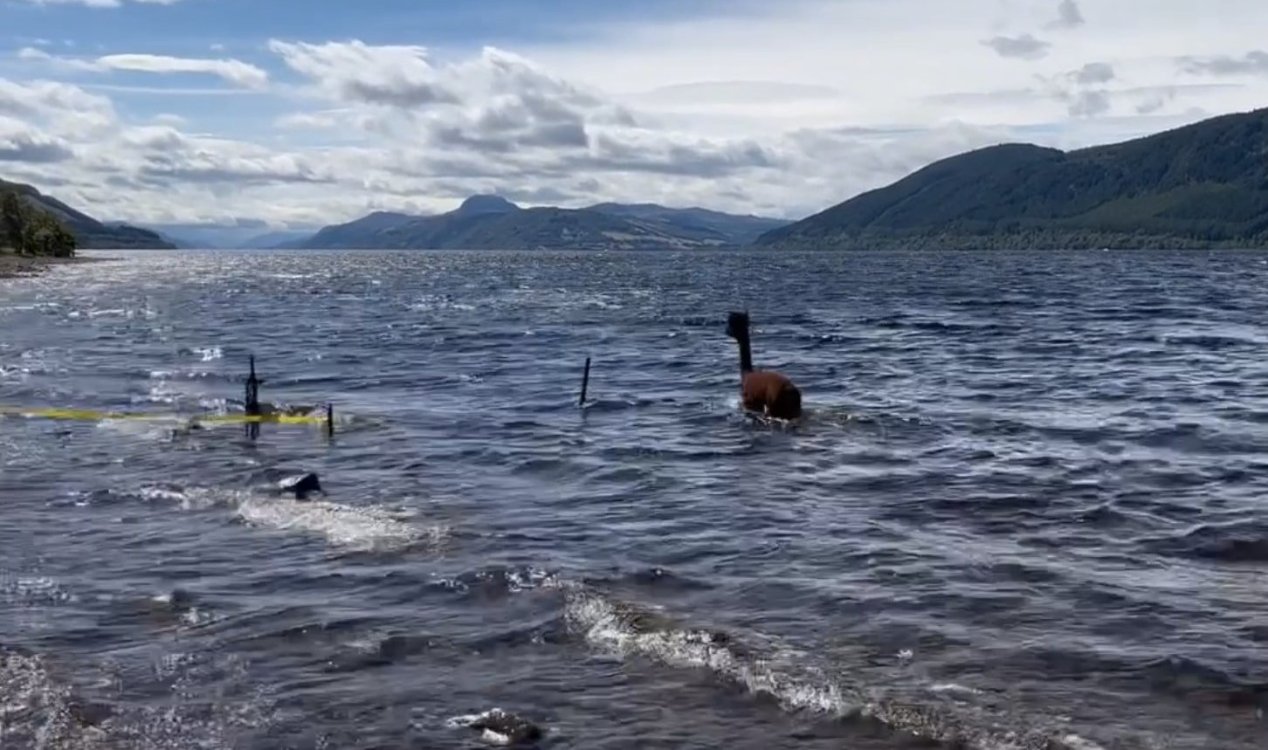 No, this isn't Nessie... Image Credit: Facebook / Loch Ness Alpacas
From Bigfoot to the Loch Ness Monster - we take a look back at the most popular crypto stories of the last twelve months.
From Coyote Peterson's questionable Bigfoot skull discovery to a herd of alpacas going for a stroll along the shores of Loch Ness, here are this year's top most viewed crypto stories.

10. Possible live thylacine filmed in South Australia - A woman who had been out on a hike encountered an unidentified creature that may have been a Tasmanian tiger.

9. 'Very reliable' Bigfoot sighting reported in Illinois - A recent report has detailed an encounter with a large, hairy hominid near Illinois' Sangamon River.

8. Unidentified animal baffles experts in Pennsylvania - A mysterious animal that resembles some sort of dog or coyote has been discovered in the west of the state.

7. Strange shadowy creature filmed hiding behind a tree - A recently published viral video shows what appears to be a creature peering out from behind a tree at night. 6. YouTuber Coyote Peterson announces 'Bigfoot' skull discovery - The wildlife presenter claims that he has discovered the large skull of an unknown primate in Canada.

5. Pentagon's UFO files include encounter with 'werewolf' - A number of unexplained sightings and experiences have been revealed through interviews with former officials.

4. Woman captures 'Bigfoot' on trail camera - A woman who had been checking a remote trail camera in Washington State came across something unexpected.

3. Escaped alpacas spark Loch Ness Monster sightings - Photographs of a long-necked animal in Loch Ness have been doing the rounds, but not everything is as it seems.

2. Bipedal dog-like creature photographed outside zoo - This controversial image allegedly shows a strange creature that was seen outside the perimeter fence of a zoo in Texas.

1. Alleged 'river troll' photographed in Mississippi - A family who lived on a houseboat once captured a strange image in the waters of coastal Mississippi.

Next story >>
On Pluto, you can throw a ball higher than the Great Pyramid of Giza
Recent comments on this story