Image Credit: CC BY-SA 2.0 theilr
This story was submitted to the site by Holly from Alabama.
This is a bit insignificant, but was so strange at the time of occurrence that I would appreciate some input as to what this might have been.

A couple nights ago, I was going downstairs at somewhere between 11:30 PM and 12 AM. I looked out my front door, which is right in front of the stairs, as I did so. On the top step of my porch was a large, white, glowing cube.

It just sat there, and there was a pinkish light being emitted from it. The light was extremely bright and flashing sporadically, the duration between flashes intermittently long and short. I live with a 7 year old, so I just assumed it might be one of his toys left outside. I went back upstairs a few minutes later and I could still see it flashing, so then I went to bed.

The next day, it was gone, and everyone in my family assures me no toys were left outside and no porch lights were left on/flickering.

To me, this was more odd than unnerving, since the cube appeared just like an inanimate object; admittedly, it was one I had never seen before and one I do not own.

Does anyone know any explanation for this?

Next story >>
Ghost following me
Recent comments on this story

#7 Posted by XenoFish 2 years ago

#8 Posted by Raptor Witness 2 years ago

Exactly ....  in this day and age, everyone has a phone cam.  No excuses, no arguments, no photo, no phenomenon.   Classic BS story.

#9 Posted by MissJatti 2 years ago

#10 Posted by HollyDolly 2 years ago

Too bad there are no photos, but oh well.  You might want to Google  strange cubes of light. We were living on Fort George Meade in Maryland in the late 1960s to 1971 because my ad was stationed at NSA for the USAF. On day, our whole housing area was abuzz.Why, because a ball of light was seen hover  next to an electrical pole out front of the quarters we lived in it was for 3 or 4 families. Someone called the fire department, and everyone was looking at it. I think the thing moved on by itself, as the firemen din't try to put it out. It might well have been what they call ball lighting. I've ... [More]

#12 Posted by South Alabam 2 years ago

Well, you can see they sell white glowing cubes by Googling it. So it is either an alien probe from another solar system, or an earthly glowing cube that was on that porch for a multitude of reasons including prank and removed by the perps or someone else who wanted a glowing cube. Regardless, they sell them on earth.  https://www.google.com/search?rlz=1C1CHBF_enUS922US922&ei=baKRX4q_O6ym_QaGppawAw&q=white+glowing+cube+toy&oq=white+glowing+cube+toy&gs_lcp=CgZwc3ktYWIQDDoECAAQRzoFCAAQzQJQw05YsXxgkoQBaAJwAXgAgAFfiAHZBJIBATeYAQCgAQGqAQdnd3Mtd2l6yAEIwAEB&sclient=psy-ab&ved=... [More]

i too, live in alabama, but thats kinda weird though. If it appears again touch it with a stick.

#14 Posted by kidagakash 2 years ago

Why does everyone always demand photos. There never are. At least the OP didn't run into a gelatinous cube instead.

#16 Posted by Koopa High 9 months ago 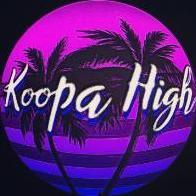 Where in Alabama did this occur?

Street harassment: Wolf whistling to be ...
Spirituality, Religion and Beliefs